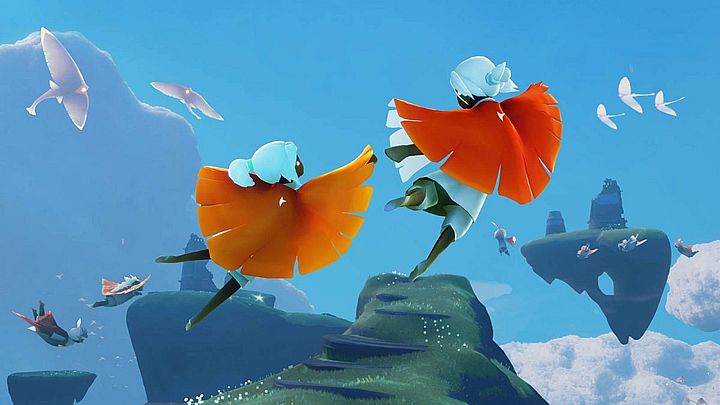 A few days ago, thatgamecompany announced that after a long period of beta testing their new production, Sky: Children of the Light, has finally landed on iOS. You can download the game here. What is striking in the official announcement from the company is the mention of versions for other devices. At the bottom of the message there is a short note:

Our studio is also happy to confirm that the app is now available for Android players to pre-register their interest on the Google Play store. We will have more news on tvOS, macOS, PC and Console release soon.

This means that the production is likely to be coming to PCs as well, and it is possible that it will soon be available. It would be a breakthrough moment in the history of the studio, which almost from the beginning of its existence was strongly associated with Sony Interactive Entertainment (then Sony Computer Entertainment). The cooperation so far has resulted in exclusive titles for PlayStation consoles. Let us remind that the most popular titles from the studio, such as Flower and Journey, were released on PC only this year - in the case of the first 10 years, in the case of the second 7 years after the original release.

What makes Sky: Children of the Light different from the aforementioned titles (except for the obvious fact that it's just a different game) is the publisher. In this case, thatgamecompany decided to release the title on its own, establishing cooperation with mobile app stores. Thanks to this, the production is available for free in App Store and Google Play. Unfortunately, in the case of the expected imminent release on PC or current-gen consoles, we will probably have to pay for it. It is also unknown whether the consoles are understood only as PS4, X1, and maybe also Switch.

Speaking of the game, it's worth checking out the first ratings and comments that appeared on the web after the launch. Let's start with the fact that the production takes up a lot of space and before installation you have to prepare almost 200 MB of free memory. The first associations with the title bring the devs' Journey to mind. Similar animations, a certain melancholy and focus on details. Just like in Journey, here we also meet other players, with whom we will solve simple puzzles. However, players complain about the fact that there are microtransactions in the game. These are in the form of energy packs, which are not very cheap (the cost of one is about $4). Nevertheless, the game is worth a try and at you should at least try to immerse yourself in this magical world.