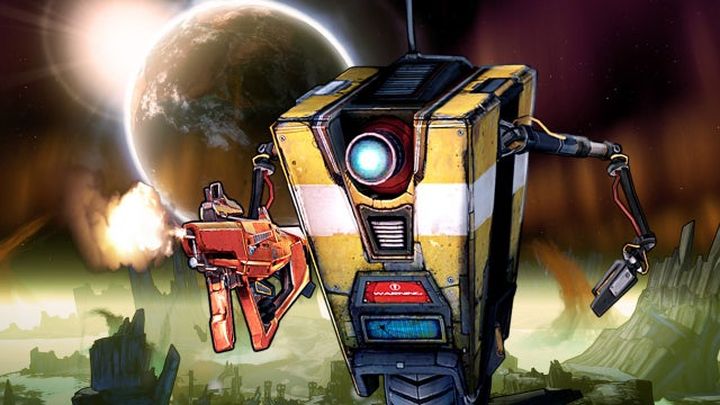 The Rock as Claptrap?

Lionhead Studios is working on a film adaptation of the Borderlands video game series. The project is at an early stage of production, but first propositions for the cast are emerging. Gearbox Software employees claim that Dwayne  The Rock Johnson will be the best choice for the role of Claptrap.

They expressed their opinion during their conversations with the journalists of VG247. When asked who could play the role of the popular robot, Gearbox Software's Creative Director Paul Sage answered without hesitation.

I think The Rock. Yeah, The Rock has to play Claptrap!

Art Director of Gearbox Software, Scott Kester, was less optimistic about the matter. When he heard from VG247 journalists about Sage's vision, he said that The Rock would only work well if the actor was dressed up as Claptrap. Otherwise, he would have bet on Bill Murray's dubbing.

Please note that this is only a personal opinion of Gearbox employees. At the moment there is very little information related to the title. It is not even certain whether the film will be animated or acted. It is now known that the production is to be based on the story shown in the games. This means that the characters known from the series will appear on screen. The main character would be Lilith, who appeared in Commander Lilith & the Fight for Sanctuary - a DLC to Borderlands 2. Avi Arad, who so far has worked on the Venomseries , is responsible for the production.

It is not known when the production will go to cinemas. But if you miss Pandora, you'll have a chance to return there soon. The latest edition of the series, Borderlands 3, will debut on September 13, this year and will be coming to PC ,PlayStation 4 and Xbox One consoles.