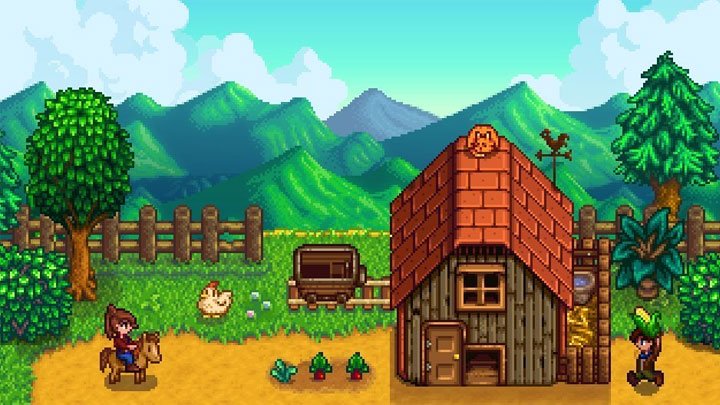 The creator of Stardew Valley wants to show another side of the universe of his game.
Eric Barone is currently working on:

Stardew Valley, a 2016 farming RPG has achieved one of the most impressive independent successes in recent years. No wonder that we are waiting for the news about the future plans of its author with curiosity. Now, Eric "ConcernedApe" Barone has shed some light on the mystery.

We found out that the creator is working on several projects. One of them is set in the Stardew Valley universe, but doesn't focus on farming. In the case of the second production, the author hasn't made any definite decisions about the world yet, but he wants the game to be somehow linked to his debut work.

These statements caused a lot of excitement among the fans of the developer, who made a quick attempt to cool them down. He also asked the players to refrain from over-enthusiastic speculation for now. Moreover, he specified that his aim is not to repeat the giant success of Stardew Valley. He just wants to make a game that he likes.

Recall that Stardew Valley debuted on PC in February 2016. The game turned out to be a great hit, selling over 3 million copies on Steam alone within a dozen or so months of its release.

In time, the game's success has led to development of ports for PlayStation 4, PlayStation Vita, Xbox One, Nintendo Switch, as well as iOS and Android. In January this year, the dev boasted that the game has already found over 10 million buyers.