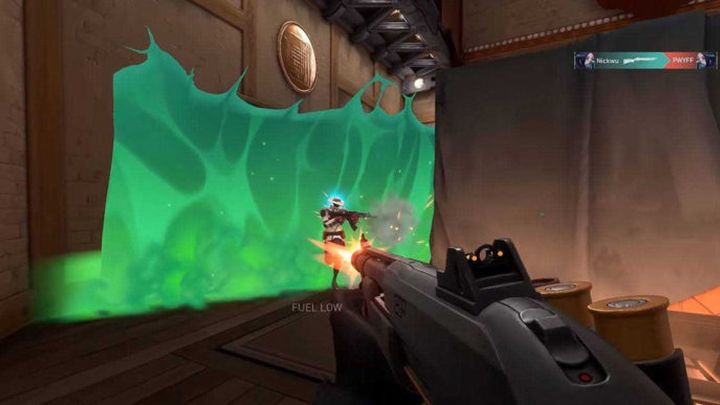 A lot of detals about the shooter Project A.

A lot of new information about the so-called Project A - an online shooter, which is being developed by Riot Games, the creator of League of Legends MOBA. It looks like a game resembling Counter-Strike: Global Offensive, but with class mechanics. The source of the reports is a show organized for the press and professional players.

"I've had the chance to spend some time playing Riot Games' Project Ares, i.e. their vision of a tactical shooter. I cannot reveal much details, but let's just say it's kind of a new CS:GO 1.5 with heroes (but not as important as in OW). More details below".

Importantly, in the game character abilities will not play such an important role as in Overwatch or Apex Legends. The game is to focus primarily on dexterity and tactical sense, and special abilities are selected before the start of the battle - just like equipment in many other shooters. We also have information on the basic game mode.

"The game is 90% CS and 10% hero shooter. The characters have skills, but most of them need to be bought and are used pretty much like grenades in CS. They can be used to lure out the enemy, so you can shoot them or enable you to get out of a sticky situation. If some skill is particularly powerful, we will use it like 2-3 times in a match.

The main game mode is the standard Demolition mode, in which we are tasked with planting a bomb in turns. We die almost constantly, but it's an awesome feeling if you manage to score 4 frags in a round."

In the opinion of HenryG, a former professional CS:GO player (and now a commentator), both the shooting mechanics and the maps were very well designed. In the case of rifles used as primary weapons, a single hit to the head generally results in the death of the character, regardless of which character shoots.

We remind that Project A was announced last October. According to reports from November, the game does not even have an approximate release date yet.

New Game From Stardew Valley Dev Will not be About Agriculture