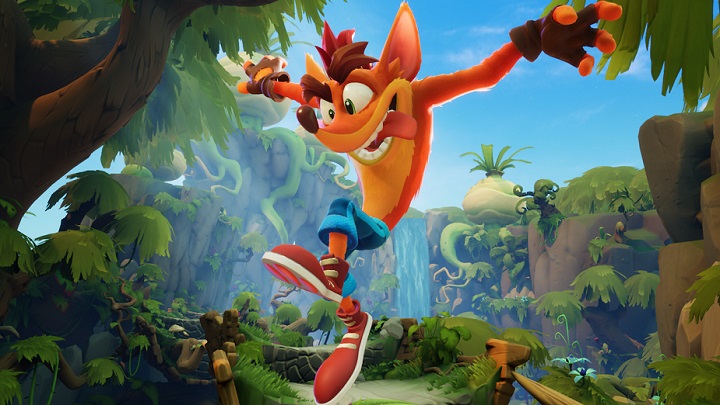 Today, new materials from Crash Bandicoot 4: It's About Time, including gameplay footage, were released on the web. The gameplays present two levels (from over 100 available for the launch) called "Snow Way Out" and "Dino Dash", as well as the playable character of Dr. Neo Cortex. You can watch the gameplays of our choice below. As a reminder, Crash Bandicoot 4 will debut on October 2 on PlayStation 4 and Xbox One.