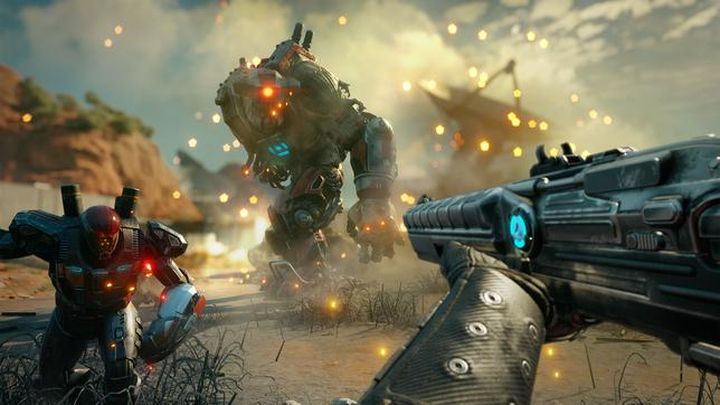 Thanks to IGN, another gameplay from the promising first-person shooter RAGE 2 from Avalanche Studios and id Software has appeared on the web. The footage lasts a little over 11 minutes and shows many different aspects of the game.

The video focuses on combat using futuristic powers and weapons such as the Grav-Dart Launcher or... the mighty BFG 9000 from Doom. We also see what it looks like to travel in vehicles, a classic them for the post-apocalyptic convention, which are mainly bizarrely customized, armored cars and bikes (reminiscent of the Mad Max series). Interestingly, we are able to "summon" one of our vehicles.

The game is very dynamic and presents itself quite decently, although some concerns may be raised by a quite repeatable gameplay pattern (especially as it was a problem with both the original RAGE and most other games from Avalanche Studios). The game is about reaching a location, eliminating the enemies found there and then collecting the items they guard, which can become a bit monotonous over time.