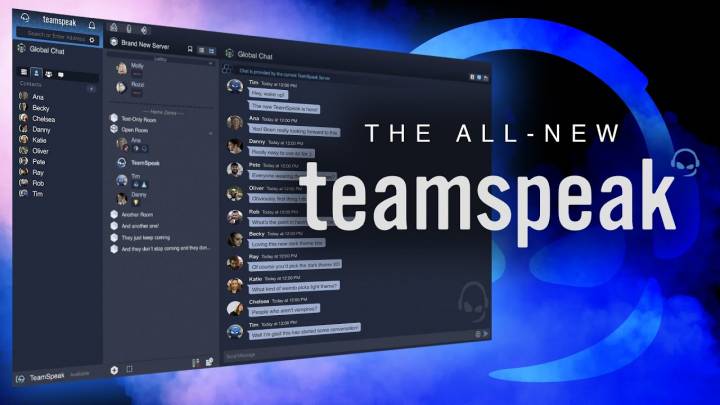 The team responsible for TeamSpeak decided to take a big step forward and finally released a closed beta of the new version of the app, which had been announced for several years. Creators ensure that the new messegner is being developed with the players in mind. As we can see from the first shared screenshots and trailers, the archaic look of the previous version is forgotten and replaced by an overlay slightly reminiscent of Discord. The new edition will offer global chat with file upload, full interface personalization and above all the possibility to create a free voice server.

What will happen to TeamSpeak 3?

After the launch of the new platform, its older brother TeamSpeak 3 will continue to be supported by its creators and will remain part of the ecosystem. The new client is based on the same proven technology, so the communicator will be backward compatible. This means that you will not have to create servers from scratch, all servers created before the launch of the new TeamSpeak will not require additional configuration.

So don't worry - TeamSpeak will be fully compatible with existing servers. The ability to configure your own is an option especially for new customers who want to play in a small group. And it is very small because the free server is to have only 4 slots (only for the duration of the beta this number was increased to 10). However, it is not known what other packages will look like. 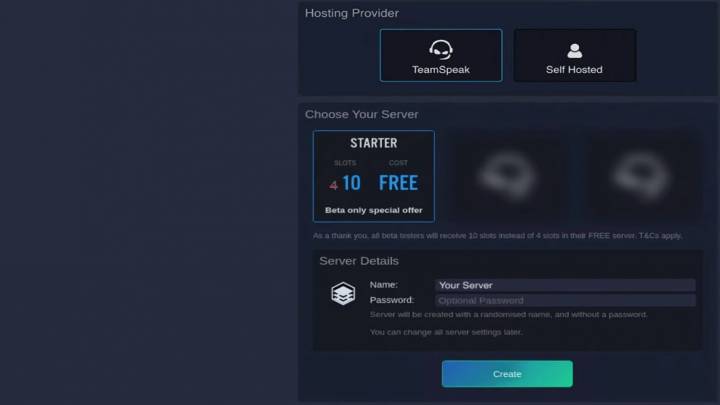 Other packages are not yet available in the closed beta.

In addition to the ability to create free servers, a number of other interesting options have been added to the communicator. The interface has been redesigned to make it more intuitive, and users will be able to create and share new themes with other platform users. Another novelty will be "plug and play" plug-ins, which we will also design ourselves, and then make available through a special store. Creators ensure that users still do not need to register their accounts - this function is only available to the willing. Additionally, an application for mobile devices is planned, providing full access to the communicator. Many of these novelties can be seen on a recently released trailer.

You don't need to be an expert in voice communicators to say that the new version of TeamSpeak is very similar to the younger Discord. This is largely due to the fact that long-standing customers are leaving the platform for the newer and more modern one, which is Discord. It facilitates communication, is more intuitive and complex.

It is not yet clear when exactly TeamSpeak will come out of closed beta or when the full version will be available. Creators ensure that the new version of the communicator will be better than its predecessor, providing the highest voice quality, robust security, complete privacy, and ultra-low latency and resource consumption.

Sony Won't Abandon PS Now After the Launch of PS5