OtherSide Entertainment has released the first gameplay teaser of System Shock 3. The short (though dynamic) video features atmospheric locations we will visit during the game, as well as opponents (such as aggressive mutants and robots) we will slaughter with futuristic guns and melee weapons. Of course, there would be no System Shock without Shodan - the mad AI hellbent on preventing us from succeeding.

System Shock 3 is the third installment of the iconic franchise started in 1994, the previous two parts of which were a source of inspiration for many later hits, with BioShock series at the forefront, called by some their spiritual successor. Since this production has to deal with a lot of expectations, there are some doubts as to whether it will be able to fulfil the hopes placed in it. Although OtherSide Entertainment studio has recently had a "slip-up" in the form of the not very successful Underworld Ascendant, the fact that the project is supervised by Warren Spector, who is the father of the original, allows us to be optimistic. Another thing is that the above teaser is quite good proof that although the creators are making changes in the game mechanics, they do it with respect for the "source material".

The published video material comes from the pre-alpha version and the development on the previous work of OtherSide Entertainment dragged on for many years. Therefore, it is almost certain that before System Shock 3 goes on sale, we will be able to play the remake of the first Shock System, which is being developed by the team at Nightdive Studios. 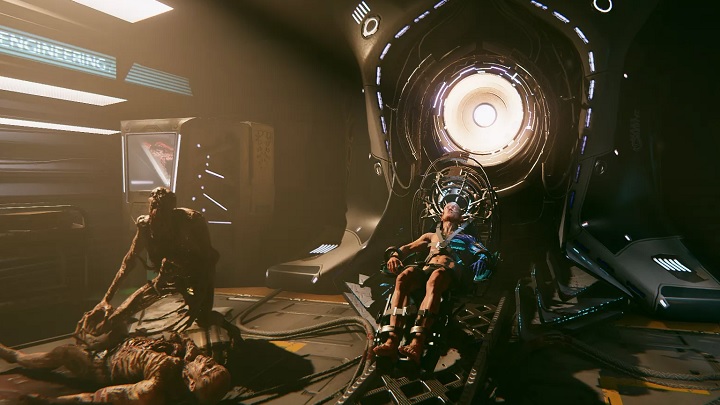 In the near future, the System Shock franchise will be in for a real renaissance.
video gamesSystem Shock (franchise) action RPG trailers (games) OtherSide Entertainment share-based FPP games PC