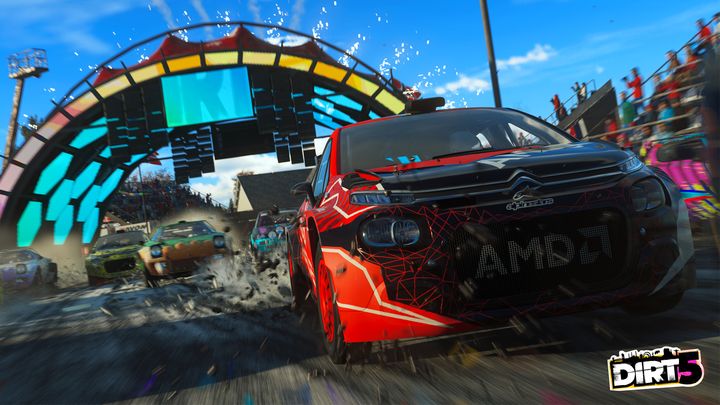 What will DiRT 5 offer?

A new trailer of DiRT 5, the latest instalment of the racing game series developed by Codemasters Software, appeared on the web. The video lasts less than two minutes and focuses on the game's features.

As you can see, we will be able to race in several different locations, such as Brazil, USA or Morocco. We will also get a large number of events: Stampede, Rally Raid, Land Rush, Time Trial, Ice Breaker, Path Finder, Sprint, Ultra Cross, Gymkhana, Vampire, King or Transporter. Some of them will be playable both in single- and multiplayer modes, others will be dedicated only to single-player experience, and others will be available only in multiplayer - it is worth noting that split-screen for up to four people, will return. We can also expect a large variety of vehicles.

In addition to these basic features, DiRT 5 will also have a car appearance editor (we'll be able to decide on the colors and inscriptions or images that will be placed on it) and a photo mode.

DiRT 5 will debut on October 9, this year on PC, PlayStation 4 and Xbox One. The game is also coming to next-gen hardware - PlayStation 5 and Xbox Series X - but versions dedicated to these platforms will be released later.