After the beta version of New World was released, player reports began to surface claiming that the title was damaging GPUs. The new MMORPG from Amazon Games was said to literally burn RTX 3090 chips. Since this happened when the game was paused in the menu, it was deduced that the developer was to blame for forgetting about a frame rate limiter. Some also guessed irregularities in the cooling control of the PC.

Since it concerned graphics cards from EVGA, the company took the faulty copies to the laboratory and X-rayed them. It turned out that Amazon is not to blame, and the cooling of the cards works properly. The devices that came into contact with the game came from an early production run and had a defect related to quality.

The voltage regulators (made up of MOSFETs) had poorly made solderings that could not withstand the high temperatures. Generating hundreds (or even thousands) of fps put a lot of strain on them, and since the efficiency of these circuits decreases as the amperage increases, they emitted a lot of heat. It's as if a passenger car engine suddenly "spun up" over 7,000 rpm. 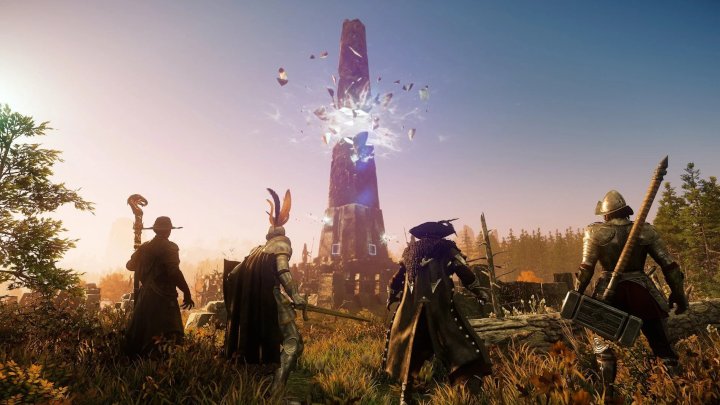 New World is an MMORPG with action set in a hybrid of a fantasy world and colonized America. Source: Amazon Games.

It can be said that the whole situation is a combination of two not bad coincidences. On the one hand, Amazon Games forgot to add a frame limiter, due to which New World beta was reaching FPS numbers in menu that would have CS:GO players faint from joy. On the other hand, RTX 3090s from EVGA had a defect, which revealed itself in just such a situation. However, the manufacturer of cards assured that the fault affects less than 1% of all units that were sold.

EVGA has replaced the graphics chips with affected users who reported the problem. Amazon Games, on the other hand, added a frame rate limiter and since then there have been no reports of faulty GPUs. That said, there may still be faulty units in the hands of gamers and New World probably isn't the only game to feature a similar oversight.