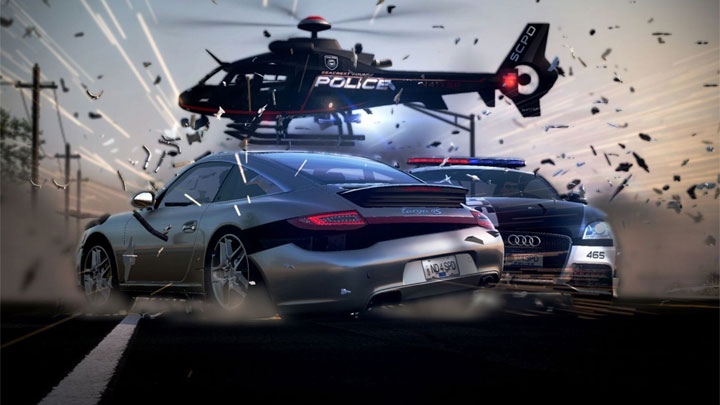 Need for Speed: Hot Pursuit will celebrate its tenth birthday this year.

The websites of chain stores are often a great source of information about officially unannounced projects. The most recent example of this is Need for Speed: Hot Pursuit Remastered, which appeared for a short while in Amazon's offer. The game was quickly removed, but the cat is out of the bag.

The information on the store's website was scarce. The release date was set for November 13, this year. Only Xbox One and Nintendo Switch editions were mentioned, but we would be very surprised if the project didn't also come to PlayStation 4 and PC.

Of course, until the game is officially released, all of this information should be taken with grain of salt. However, most of such leaks from Amazon usually turn out to be true.

As the title suggests, the game will be a refreshed edition of Need for Speed: Hot Pursuit. The game originally debuted on November 16, 2010 on PC, Xbox 360 and PlayStation 3, and a few days later it was also released on Nintendo Wii.

The game was warmly received. The PC version has an average rating of 86% in Metacritic. For the PS3 release the score is 89% and for the X360 - 88%. No subsequent installment could boast such high scores.

Need for Speed: Hot Pursuit was also appreciated by our editor, who gave the it 8.5/10. The game is also very popular with the players - on Steam 84% of the user ratings are positive. The title seems to be a perfect candidate for a remaster. We know that Criterion is already working on a new installment of the series, but it will probably not debut until 2021, so releasing a refreshed version of a classic this November would be a good idea.