We visited Piranha Bytes in Essen in order to play Elex, the upcoming RPG from the creators of Gothic and Risen series. A hands-on preview will be available soon. We also used that opportunity to ask about the next installment in the Gothic franchise or at least a remake of the original game. We brought up the question when talking to Björn Pankratz, game designer who has been working at Piranha Bytes from the very beginning.

Gamepressure: What’s the status of the Gothic franchise license rights?

Björn Pankratz: The status is that we have the right to make another one. We have the rights of Gothic, but we don’t do it yet, because we [don’t] want to disappoint our fans. The expectations are very, very high. You ask five fans and you get ten opinions about what is the core thing that makes Gothic so special for them. And it’s very difficult for us to see how this Gothic has to look like or to be, or the gameplay has to be, because you can’t do the same thing the second time and bring it out and say: “That’s the hot stuff now, play it”. Many people would say “It’s the same. I have the feeling I have played it before”. We have to put in something completely new to make it work nowadays. We didn’t have a vision yet to complete this mission. It was too weird and difficult to get a clear vision of what the next Gothic part could be. There are many opinions out there and we have many opinions in here, but not that thing, as we said, that is really good and we would make it and believe in that. That’s the problem. In this one, Elex, we believe, because it’s a complete restart, with a complete new setting. Never before have we made such a complex and huge world with very different kinds of weapon styles and stuff like that, and that’s the thing we want to make now. I think that’s the reason why it will be a good game in the end.

Gamepressure: What about doing remakes of Gothic? Is it possible on the licensing side and is there any point in making a remake?

Björn Pankratz: We often thought about that, but it has to be its own project and we are only 30 people and that’s difficult.

Gamepressure: So to remake Gothic you would have to basically do everything from scratch, right?

Björn Pankratz: Yeah, because of the engine. 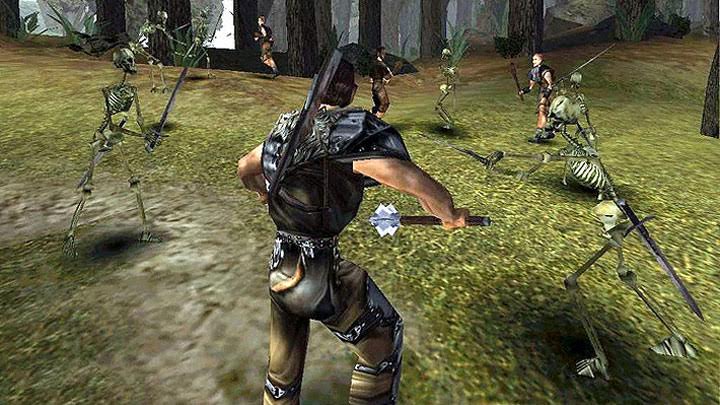 Despite its age the original Gothic games are still top RPG titles for many players.

So it would seem that the next Gothic is a matter of distant future. Piranha Bytes is simply too small to handle two big projects at the same time and they already have their hands full with Elex. Besides, the studio doesn’t have a clear vision of what another Gothic should be like, and things are further complicated by the fact that the fans’ expectations are as big as they are diverse. On the other hand, the developer has full rights to the IP so it is possible that one day we will go back to Myrthana – if not in a new Gothic game, then perhaps in a remake of the original installments.

Nordic Games is thinking on reviving the Destroy All Humans! franchise