Oblivion Remastered, an extensive set of modifications for The Elder Scrolls IV: Oblivion, appeared on Nexus Mods. Its author gathered in one place several mods that improve the visuals, add new mechanics and quests, and expand the game world by two new areas. The creator, user Levi, took care of optimization, so that the individual elements do not collide with each other. You can download the whole package (a bit under 3.5 GB) at this address, while below you will find its trailer.

The list of changes introduced by Oblivion Remastered should start with the visual sphere. The modification brings a lot of new textures and improves the old ones, as well as significantly increases the quality of character models (and introduces completely new ones). Moreover, after its installation, we can expect realistic underwater environment and bustling city streets.

And speaking of cities - the ones we could visit in the original Oblivion - were significantly expanded. In addition, Oblivion Remastered brings two completely new worlds, the size of which is comparable to the entire province of Cyrodiil. In each of them we will find new locations and tasks. Additional quests also appear in the vicinity of the Imperial City, including both smaller assignments and extensive missions that make up entire story lines for completely new factions.

In addition, new mechanics are also appearing in Oblivion Remastered. First of all, the modification significantly changes combat, making it more dynamic; the possibility of fighting with two weapons was also introduced. Apart from that, the mounts were reworked (they move faster; additionally, we can give them orders), and we were allowed to participate in wars fought by particular factions. 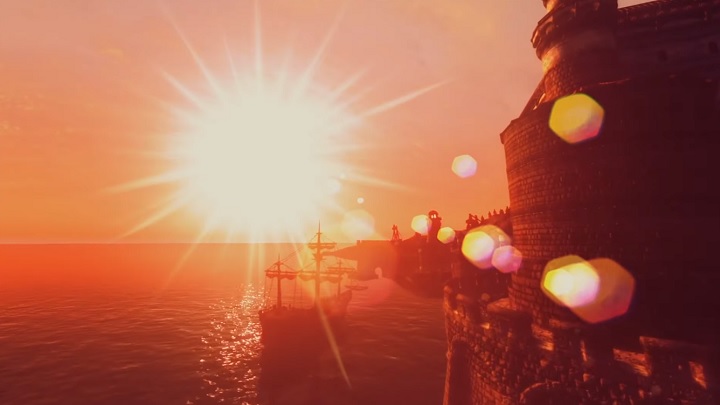 Oblivion Remastered reworks, among other things, the visuals, which aged bandly by industry standards.

Fans of The Elder Scrolls, who aren't MMO fans, have not been pampered (to put it mildly) by Bethesda Softworks, the company in charge of the franchise. It is worth remembering, however, that work is underway on its full-fledged sixth installment... although we still don't know when we're going to check it out. However, modifications, such as the one described above, prove that it is still possible to squeeze out a lot even out of the old Oblivion (in March it will be fourteen years since its release!).