Are you interested in Outriders and looking forward to new information about the title? If so, we have good news for you. Square Enix has announced that it will be organizing special broadcasts every month to introduce the individual elements of People Can Fly's a third-person shooter with RPG elements. The first one will take place on May 28 at 9am PDT/5pm BST. You can watch it on the official Square Enix account on Twitch. Below you will find its trailer.

The first planned stream will be called Built for the Core. During it, we will be able to see new gameplay, arenas, powers, detailed descriptions of individual character classes, and much more. The exact information about subsequent streams is not yet known.

It is not difficult to guess the reason why it was decided to organize such a series of broadcasts. It was the coronavirus. To quote the words of Bartosz Kmita, creative director at People Can Fly:

"After canceling some of the biggest industry events of the year, we were looking for new ways to share Outriders news with players. We're very excited to bring you new details of what we'll be working on every month from now on in Outriders broadcasts." 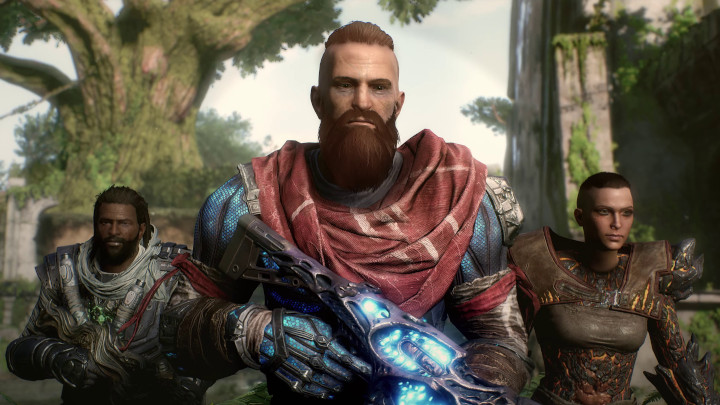 We're about to find out more about Outriders.

Kmita also stressed that currently the whole 250-person team dealing with Outriders is working remotely with all safety rules. Despite these rather difficult conditions, the devs assure that the title's release will not be delayed. The date is still the end of 2020. We'd like to remind that the game is coming to PC, PlayStation 4, PlayStation 5, Xbox One and Xbox Series X.