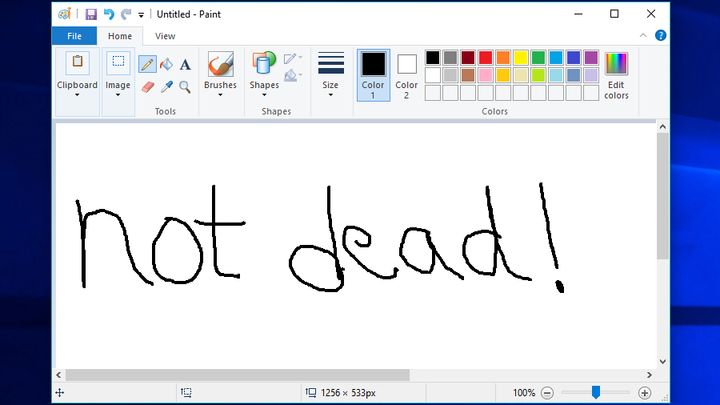 Paint will not be removed from Windows 10. For now. Source: Fossbytes.

Microsoft announced that, contrary to earlier reports, MSPaint will be present in subsequent versions of Windows 10. Originally, the Redmond Giant planned to remove the application in favour of the newer Paint 3D. The classic version was supposed to be available for free on Microsoft Store. Brandon LeBlanc, who works in the company as a senior program manager, Twittered the information.

It is worth noting the phrase "for now" at the end of the sentence, which suggests that Paint's long-term future is still uncertain. It is also unknown what is the official reason for the change in the company's position. The fact is that the program is still very popular, which may have prompted the company to revise its plans.

MSPaint began its life in 1985, when it was still called Paintbrush. Since then, it has been a continuous part of Microsoft's operating systems.