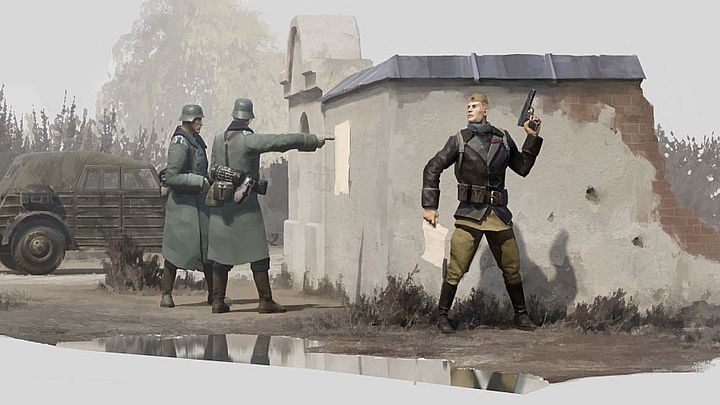 Are you waiting for a "spiritual heir" to the Commandos series?

A few years ago it became clear that the continuation of the Commandos series won't be coming anytime soon (assuming it even will come) (despite Kalypso Media taking over the right to the series). During this time, it's been relatively silent in the field of tactical strategies. In 2016, Shadow Tactics saw the light of day and beyond that, fans of sneaking behind enemy lines didn't have many opportunities to do so. The situation may be changed by Partisans 1941 - a stealth strategy game, in which we will manage a small unit of Soviet partisans fighting against the Nazis during the Second World War. Gameplay footage with Russian commentary has just appeared on the web (although English subtitles can be enabled).

The footage reveals some of the game's mechanics. Admittedly, at the beginning of the video, the creators state that this is an early version and many elements may still change, but we can assume that most of them will remain in the final version of the game. A skill tree will be assigned to each character, depending on their profession. Equipment will also be an important element. Useful items can be taken from the bodies of fallen enemies. As far as the bodies are concerned, the commentator reminds us that we will have to hide them in order to avoid detection by the enemy.

The title draws its inspiration from the solutions known from the Commandos series and no one should be surprised that it is compared to it. At the moment we don't know the game's release date, we only know that the title will be released only on PC.