Shadow Tactics: Blades of the Shogun is a tactical real-time strategy for PC, PS4 and XONE, inspired by the first three installments of the Commandos series. It was developed by Mimimi Productions, the creators of The Last Tinker: City of Colors, among other titles, and published by Daedalic Entertainment.

The game takes us to Japan in 1615, which is the early Edo period. The new shogun decides to enforce peace in the entire country which forces him to eliminate all opponents who dream of rebellion. To do so, he turns to five specialists of killing, sabotage, and espionage. This is the team that the player controls in the campaign that consist of thirteen extensive missions.

Shadow Tactics: Blades of the Shogun for PC, PS4 and XONE is a tactical strategy game in which we command a small unit of agents who perform risky tasks in enemy territory which is being constantly patrolled. While playing, the action is presented from a camera placed high above the characters heads. In most missions, we are greatly outnumbered so we have to take a stealthy approach. Avoiding detection is made easier by the user interface that shows guards field of view.

The party consists of a ninja named Hayato (who prefers stealthy attacks), a samurai called Mugen that specializes in open confrontations and can engage several enemies simultaneously, a geisha by the name of Aiko, a true mistress of camouflage and distraction, Yuki the hunter (he can set traps), and an elderly sniper known as Yuki.

The available maps were designed to allow to perform a mission in various ways. To succeed, we have to cunningly use the unique abilities of every character and devise plans that put emphasis on party cooperation.

Shadow Tactics: Blades of the Shogun game guide includes everything you need to complete the game without a hitch. You will find about the basics, the characters and their skills, and we've also included a detailed walkthrough. 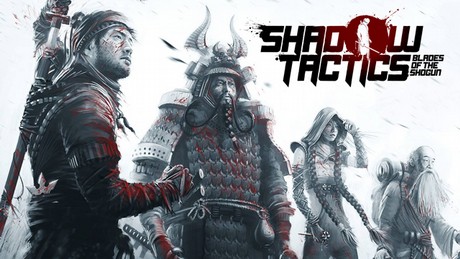 18 years  this much time has passed since the release of the first Commandos. Today, in Shadow Tactics, its spirit returns along with the magic of isometric tactical stealth games  they were difficult, a bit rough around the edges, but also fun to play.

Fans of the Commandos series will be glad to know Shadow Tactics: Blades of the Shogun was announced. This next real-time tactic game from Daedalic Entertainment publisher will let players command a team of five ninjas across sevaral tactical missions.

Shadow Tactics: Blades of the Shogun gets a free demo

If you liked the Commandos series, you should definitely check out Shadow Tactics: Blades of the Shogun, a tactical stealth game set in feudal Japan. You can now do that thanks to a free demo released on Steam and GOG.

Daedalic Entertainment and Mimimi Games announced a standalone expansion for Shadow Tactics: Blades of the Shogun - Aiko's Choice, which will focus on the adventures of the titular Ninja warrior.