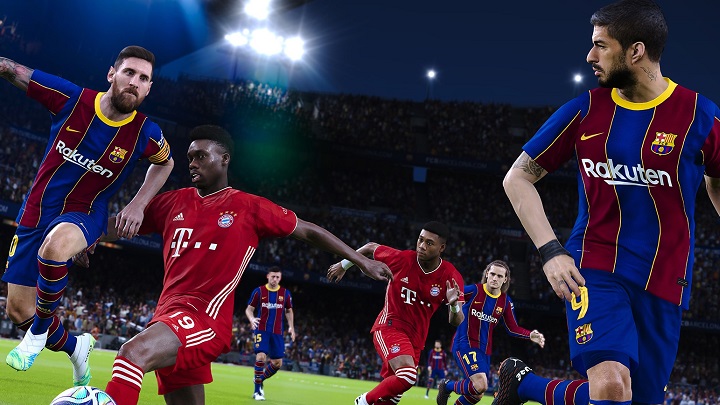 The "new" PES with its current line-up will be launched after the holidays.

Konami shared details about the new installment of the Pro Evolution Soccer series. As it was announced, eFootbal PES 2021 Season Update (PES 2021 for short) will not be a completely new title, but a season update for eFootbal PES 2020 in the form of cheaper, independent title. Thus, we will receive updated player statistics and team line-ups, with data for some leagues only being added after the release as part of the update. The reason for this is, of course, the delayed end of the season due to the coronavirus pandemic.

If we have a copy of eFootball PES 2020 and have been playing MyClub mode, the creators have prepared for us a Veteran Bonus - a set of various prizes in PES 2021. The exact content will depend on our progress in the previous installment. The title will debut on September 15 on Steam and Xbox One and PlayStation 4. Konami is already working on the next, significantly modified installment, powered by Unreal Engine 5, which is designed for ninth generation platforms.

King of Seas: A Procedurally Generated Pirate RPG Announced for the Switch