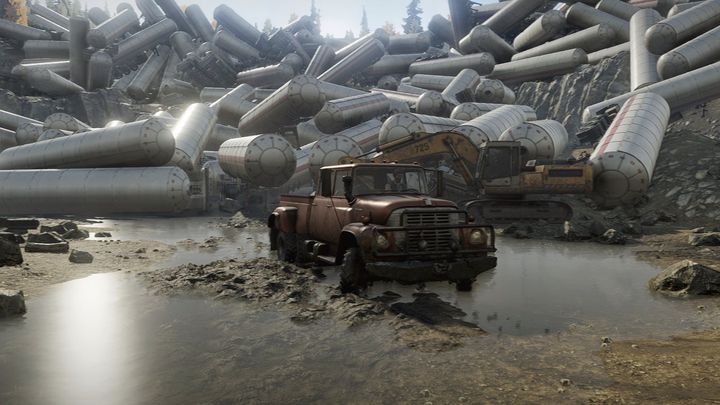 SnowRunner is stable with up to 260 semi-trailers in one place.

Polish player Janko Krytyant decided to test the performance and stability of SnowRunner. He does this by stackinf trailers ub a certain canyon. So far, more than 260 trailers have been deposited in the dump, which is more than half of the available pool. The user documents his actions in Twitter posts.

Interestingly, despite the large number of models, the game works without any major problems, although the originator of the experiment admits that with about 130 trailers, performance drops have started to make the fun harder. However, the user did not suspect that the test would take so long and is impressed by the stability of SnowRunner.

As a reminder, SnowRunner debuted on April 28 this year on PCs and PlayStation 4 and Xbox One.