More than two weeks have passed since the release of Diablo Immortal, a spin-off of the popular action RPG series. Developers of the game decided to summarize player achievements so far, making available a number of interesting data in the infographic below.

Diablo Immortal has debuted on June 2. Since then: 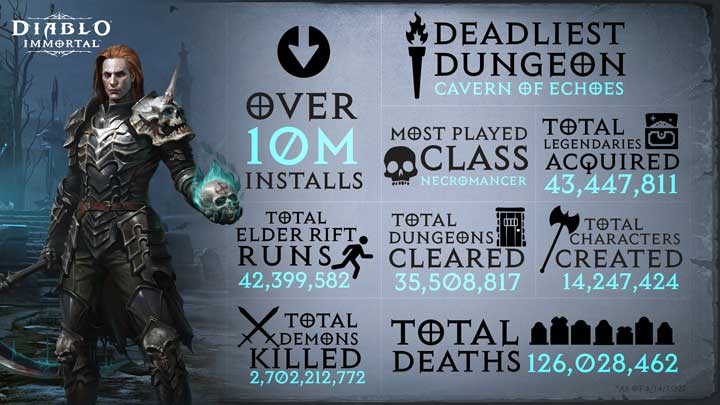 Recall that Diablo Immortal is available on PC and mobile devices running iOS and Android. The game uses a free-to-play model with microtransactions. On PC, the game is available as open beta.

The debut of the project turned out to be a huge commercial success. Within two weeks from the premiere revenues exceeded 24 million dollars. Reviews of players, especially on PC, are very mixed, but as you can see, it does not prevent Diablo Immortal from making a lot of money.

Ready or Not Sparks Controversy Again; Disappears From Steam [UPDATE #2]

This Windows is Still Alive and Gaining Popularity

Outriders Worldslayer - How to Start