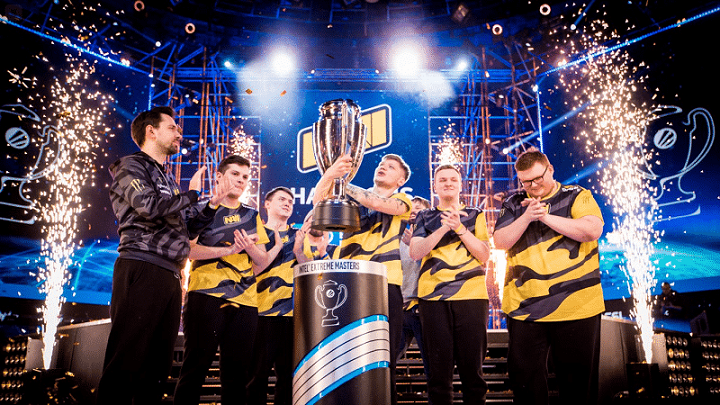 The CS:GO tournament for IEM 2020 in Katowice was won by NaVi.

Yesterday, this year's edition of Intel Extreme Masters was concluded. If you have been following the latest news about it, you certainly know very well that this time, for fear of the coronavirus epidemic, it took place without the audience. Such a situation directly contributed to the record viewing numbers of the CS:GO tournament (which is part of IEM), because for lack of other possibilities, fans followed their idols exclusively through the Internet and TV. The grand finale attracted more than a million spectators (according to Esports Charts), which in itself is the best result in the history of non-major (i.e. not sponsored by Valve) CS:GO competitions.

Natus Vincere (NaVi) and G2 Esports met in the final. After a rather one-sided meeting (3-0) it was NaVi who could enjoy victory and the main prize of 250 thousand dollars. The MVP of the tournament, according to HLTV, was the 22-year-old Ukrainian - Oleksandr "s1mple'a" Kostyliev, who displayed an amazing form during the entire tournament. During the IEM there was also a Starcraft II tournament. It was won by a Korean, Lee "Rogue" Byeong Yeol, who received 150 thousand dollars.

Also, just two days ago, CS:GO broke another activity record on Steam. This only shows that despite the problems and complains of the players, the production is still doing well in the market. Time will tell if Valorant, the new shooter from League of Legends devs, will have any chance to compete with Valve's iconic game.