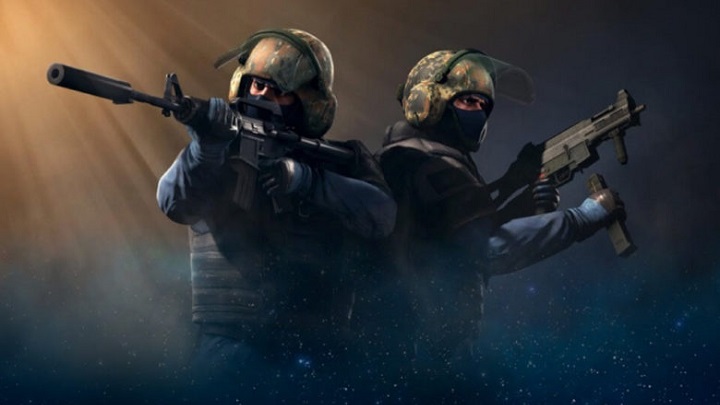 CS:GO with almost a million active players at once.

Just a few weeks ago we announced a new activity record broken by Counter Strike: Global Offensive. However, according to the data presented by SteamCharts, just yesterday this record was beaten. Currently, the largest number of active players is over 916,000. There is really very little left to a round million. 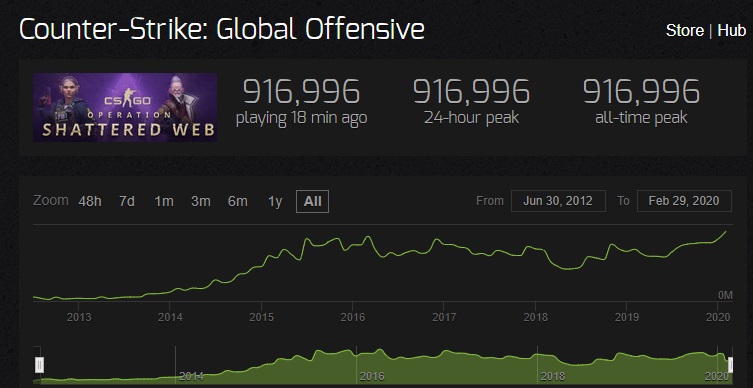 A record of the number of active players in CS:GO.

One of the reasons for such an increase in interest in production may be the ongoing Intel Extreme Masters tournament in Katowice, Poland. Let us recall that due to the coronavirus epidemic, it takes place without audience attendance. Thus, the fans who watch the struggle of their favorite teams from the comfort of their own homes are likely to be inspired by the game of idols who decide to play CS:GO with their friends. As far as this tournament is concerned, it is worth mentioning that its grand finale will take place today at 11 AM ET / 8 AM PT. Natus Vincere (NaVi) and G2 Esports will face each other in the final, and the winning team will take $250,000.

CS:GO made its debut in 2012. Its significant increase in popularity was due, among other things, to the transition to free-to-play in December 2018. Since then, the title has been constantly achieving new activity records. In November last year, a new operation - Shattered Web - appeared in the game, introducing new character models (including women). What's more, less than a week ago, a patch was released, adding, among other things, one more type of cosmetic items - patches - as well as easier personalization of sights.