Red Orchestra 2 has just received an interesting community-made modification that brings the Western Front to this realistic World War II online shooter. If you own the original Red Orchestra 2 or its standalone Pacific-themed expansion Rising Storm on Steam, you can download the mod called Heroes of The West for free. And its worth doing so, as the mod adds lots of neat content.

First of all, Heroes of The West introduces a new faction: the British airborne forces. Along with the US troops, they will fight Nazi Germans across 4 new maps: Omaha Beach, Carentan, Port Brest, and Oosterbeek, which are places well known to all WWII video games enthusiasts. Besides, those fighting in the European Theater will get to pick up such classic weapons as M3 Grease gun, G43 rifle, STG44, Sten MK V, and more. 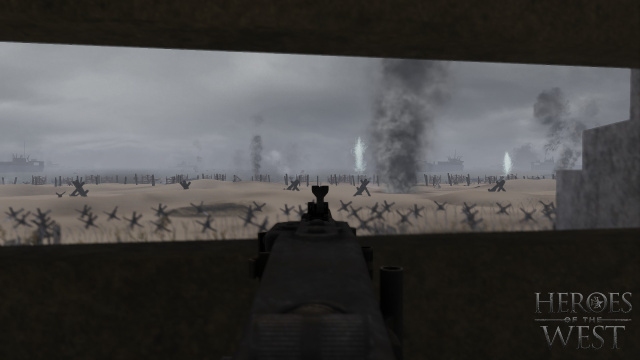 Nothing says the Western Front better than Omaha Beach.

The Heroes of The West team, supported by the original developer, Tripwire Interactive, promise to further expand and support the mod. In the coming months they are planning to publish regular updates with maps, characters, weapons, and, hopefully, vehicles.