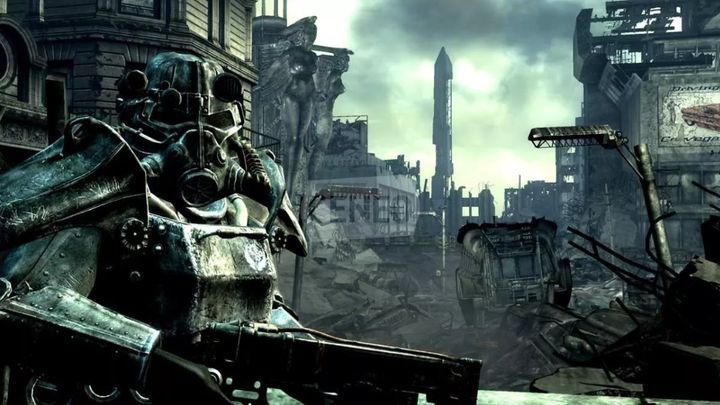 Fallout 3 gets a new coat of paint?

FALLOUT 3 IN A NUTSHELL:

Reddit users found an interesting picture, which suggests we can expect an announcement of a refreshed version of Fallout 3 - the third installment of the well-known cycle of the post-apocalyptic RPG series, and at the same time the first installment created by Bethesda Softworks. The production is said to be headed to PlayStation 4, Xbox One and PCs. Rumors suggest that the title will be shown at company's E3 conference and will immediately be available for sale in digital form. The physical edition is supposed to be sold from July 21.

The photo that gave life to the rumor. Source: Reddit.

As you can see, the picture is very blurred, so it is difficult to read more details about the potential remaster. It is also worth remembering that the source of the news is very uncertain, so for now it should be treated as highly unreliable - especially that some time ago there were similar reports about the refreshed version of Fallout: New Vegas, which were later debunked. One forum member also points out that Bethesda Softworks has never used the Overseer font shown here, which was created by fans and is often used in videos published on YouTube. Traditionally, Futura Bold (or Condensed Bold) is used in Fallout promo materials.

Let us remind that Fallout 3 went to Xbox 360, PlayStation 3 and PCs. The game had its release on October 28, 2008 and was warmly received by the industry media. By some fans it is still considered one of the best parts of the series, although in the eyes of many other players the spirit of this post-apocalyptic series was captured much better in the next installment - the aforementioned Fallout: New Vegas from Obsidian Entertainment Studio.