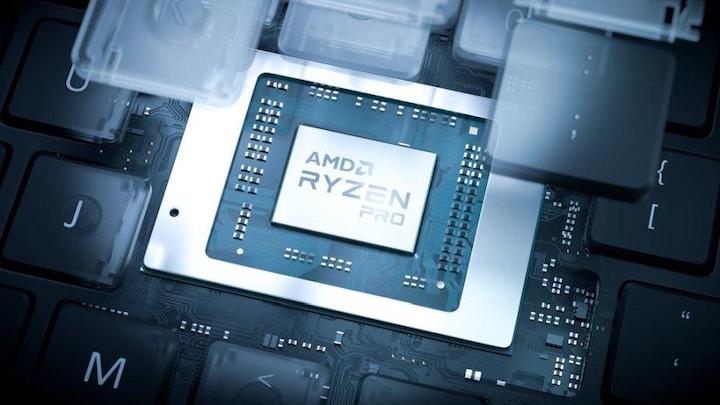 New APUs are to be more efficient than competitive solutions.

For some time now, AMD has had a good stride, consistently regaining market share at Intel's expense. We are looking forward to the presentation of the Ryzen 4000 series CPUs, because they look very promising, and given the company's recent actions, we can sharpen our teeth for solid performance gains over the previous generation. As it turns out, we can have a foretaste of what awaits us in the future right now, because from today on, computers from companies such as Lenovo or HP will be introduced, whose hearts will be Ryzen 4000G and Ryzen 4000 PRO processors. It is worth mentioning that these are units equipped with integrated graphics, and leaks suggest that they can be very powerful - at a level comparable to weaker "full size" GPUs such as the RX 550 from AMD or the GTX 950 from Nvidia.

According to official AMD figures, the Ryzen 7 4700G offers up to 250% more multi-thread performance than the Ryzen 5 3400G. AMD Ryzen PRO 4000 CPUs, on the other hand, can offer up to 31% more performance than a competitive solution and up to 43% better power efficiency. We will probably be able to translate these claims into concrete numbers soon, when the official benchmarks of the units will be available.

For the time being, it seems that, as stated by AMD itself, the CPUs will be available as part of the turnkey solutions sold by the aforementioned companies. However, it is not known what about the possibility to purchase them 'separately'. The leaks from Hong Kong suggest that there will be such a possibility and its pricing seems very encouraging. It seems that at a price similar to Ryzen 5 3600 we will be able to buy a Ryzen 5 PRO 4650G (about $232), which not only will probably offer higher performance, but will also have a powerful enough GPU to be used instead of a dedicated graphics card, e.g. to play such titles as CS:GO or other esports titles. The Ryzen 7 PRO 4750G will cost $346. In the past, some AMD (but also Intel) CPUs that were not supposed to be available on the market were offered through sales platforms such as AliExpress. It cannot therefore be ruled out that this will be the case here as well.