Last month, we wrote that Saints Row reboot would offer the players the most comprehensive character customization options since the series began. Now, there are indications that the new title will follow in the footsteps of the second installment by enabling us to change our appearance at will, regardless of gender. Such revelations were shared by The Gamer, which in turn referred to the information sent by Game Informer to the subscribers (via Reddit). 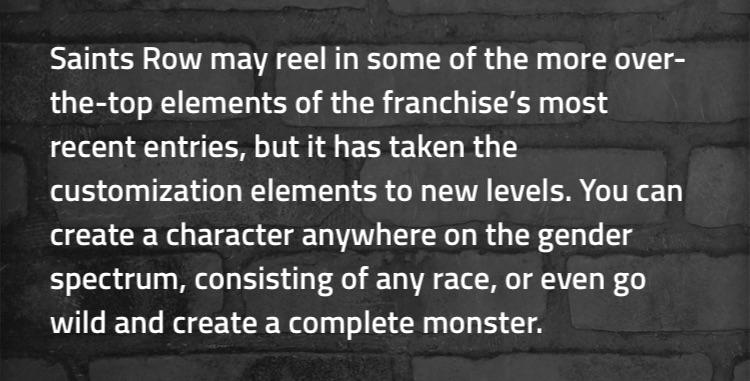 A screenshot of a message sent to subscribers by Game Informer editors. Source: Reddit

If this information is confirmed, when creating our in-game alter ego, we'll probably be able to choose from any set of clothes, hairstyles and physiques we like. Our chosen gender won't have any effect on this. This means a return to the solutions known from Saints Row 2, which were not present in Saints Row: The Third or Saints Row IV.