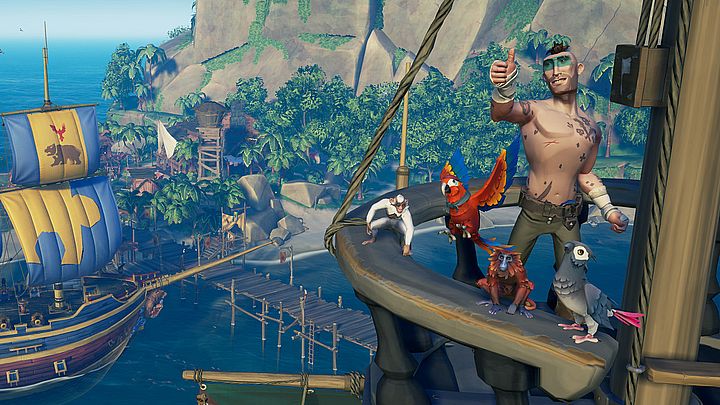 10 million players in Sea of Thieves. The number is impressive.

It needs to be admited that the creators of Sea of Thieves, studio Rare, have a reason to celebrate. Let us recall that the game was released on March 20 2018 on Xbox One and PC. Its task was to attract as many users as possible to Microsoft's console. And despite mixed reviews and technical issues, it managed to achieve this. The creators boasted that over 10 million people have already played Sea of Thieves.

Although this is not equivalent of the sale of 10 million copies (the game is available, for example, in Xbox Game Pass since day one), the number is impressive. Microsoft claims that this reinforces the status of the game as the most successful new IP on this generation of Xbox. It's worth noting that the message appeared just before the January update, which will be released in a few days (more about it in the video below). Additionally, players can count on two unique gifts. If you log in to the game between January 15 and 22, you will be able to pick up a limited sail and a special emote.

Microsoft has been gathering community around Sea of Thieves successively. In July 2018, the company announced that thegame has 5 million players. By June next year, there were over 8 million of them. The game's producer, Joe Neate, admits that the numbers exceeded company's wildest expectations. The main reason for such popularity of the title is the great interest of streamers and content creators, who effectively attracted players (and not, as you might think, Game Pass).

Recall that some time ago a microtransaction shop appeared in Sea of Thieves, where you can buy pets, emotes and cosmetic items. This has the chance to attract players even more to the screens, because although we all sincerely hate microtransactions, the numbers speak for themselves.