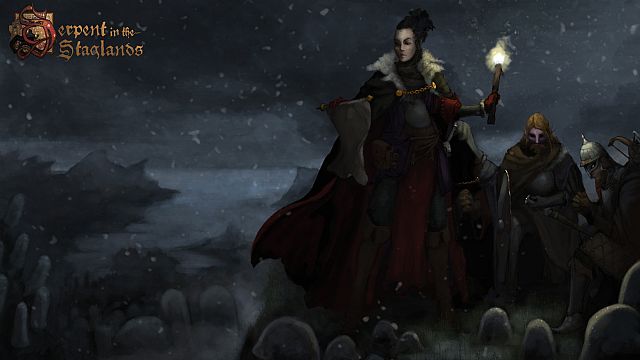 Another RPG for PC, inspired by the legends of the genre such as Baldur's Gate or Darklands, has hit the market. Serpent in the Staglands is a party-based RPG with an isometric view and atmospheric, old-school graphics straight from the 90s. Its distinguished by, among others, the lack of any modern elements that help follow the story, real-time combat with active pause, and pixel art graphic design  in short, its a full-fledged classic RPG. The project was founded on Kickstarter, collecting almost triple the sum required by the creators (the campaign was completed with a total amount of USD 28,000). Whats interesting, the entire game was created by an American married couple who operate as an independent studio called Whalenought.

The developers have released a demo version of their production which includes the first few levels. If you want to check out whether the two game enthusiasts managed bring back the vibe of old computer RPGs, you can download the Serpent in the Staglands demo here. Serpent in the Staglands is available for PC (Windows, Linux) and Mac. The game is also on Steam for EUR 19.99.

Serpent in the Staglands