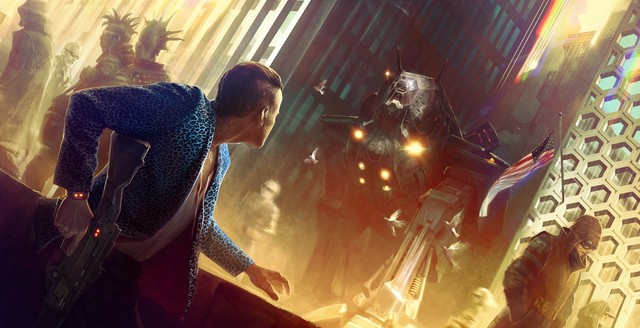 A lot of time will pass before Cyberpunk 2077 finally comes out of the shadows.

The Witcher 3: Wild Hunt has been taking over the market for over a week now, so more and more people are beginning to wonder when we are going to get some new info related to the next title from CD Projekt RED  Cyberpunk 2077. It seems that we have to brace ourselves for a long wait. Chief executive of the company, Adam Kicinski, told Reuters that this year and the next one his team is going to focus solely on The Witcher. Therefore, we probably won't hear any specific information regarding the developers next production until 2017. Of course, the works on Cyberpunk 2077 will be continued, but we won't be informed about their progress.

Adam Kicinski was clearly satisfied with the financial results of The Witcher 3: Wild Hunt. As many as 1.5 million copies were sold in preorders and everything seems to indicate that the game will outdo the previous installments in terms of popularity. An analyst cited by Reuters predicts that 7 million copies of the production will be sold, yielding the profit of about PLN 369 million (USD 97.5 million). When asked about this forecast, Kicinski said that it seems quite realistic.

It is also worth mentioning that the team will use the profits made from The Witcher 3: Wild Hunt to finance the development of two add-ons as well as Cyberpunk 2077. At the same time, the company exec believes that the latter of these projects has an even greater financial potential than the fantasy series featuring Geralt.

Cyberpunk 2077 will be based on the tabletop role-playing game Cyberpunk 2020. Its been 25 years since its publication, so the developers decided to move the plot to the titular year 2077. The author of the original RPG, Mike Pondsmith, is advising on the title, thus ensuring that the unique atmosphere of this universe will be transferred seamlessly to the electronic version.

So far, the information about the game has been scarce. We know that it will offer an open world structure and a multiplayer mode, and during the campaign we will visit many places well-known to the fans of the original pen-and-paper RPG, such as the Forlorn Hope and Afterlife joints. Unlike in the Witcher series, we will be able to create our own character.