At the last weekends PAX East 2016 Polish studio Flying Wild Hog presented a playable version of Shadow Warrior 2, the sequel to a successful remake of the Japan-themed Duke Nukem 3D clone from 1997. A 9-minute long commentary gameplay video from the game was posted on Twitch (embedded above from YouTube), showing off some brutal combat with katana swords, modified guns and super powers. Like the previous Shadow Warrior, the sequel is going to feature FPP view and shooter/slasher mechanics.

The world of Shadow Warrior 2 will be bigger and more open than before, featuring vast, procedurally generated locations filled with monsters and NPC quest givers. The protagonist will be able to use over 70 weapons, each of which is to have three different modes. Apart from the story-based single player campaign the game will feature 4-person co-op. Shadow Warrior 2 is coming for PC, Xbox One, and PlayStation 4 this year and it is supposed to launch on all platforms simultaneously. 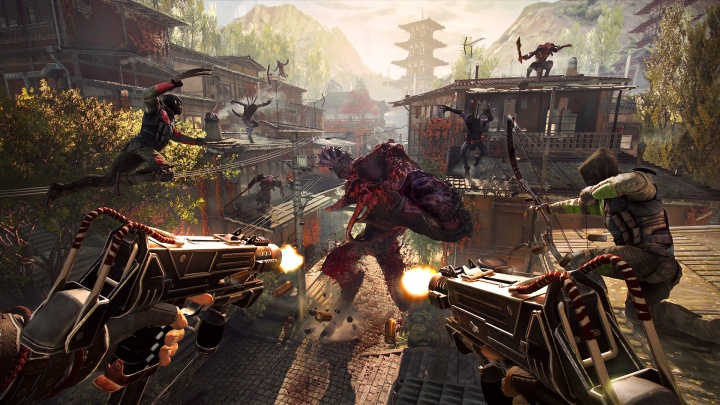 The Witcher 3: Blood and Wine to add another Gwent deck

The Witcher 3: Blood and Wine to add another Gwent deck