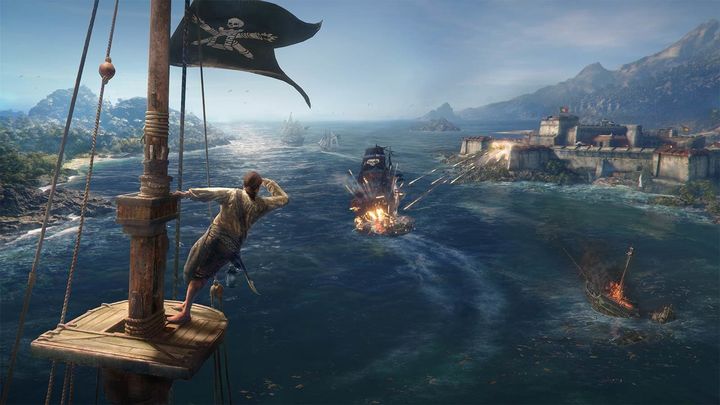 Skull & Bones has been delayed again. Today, Ubisoft has published a report containing its financial results for the previous financial year and plans for the current period. The information contained in it indicates that the release of this pirate action game has been postponed to the next fiscal year. This means that Skull & Bones will enter the market in April 2020 at the earliest.

The fact has also been confirmed on Twitter by one of the game devs. In addition, we were also informed that Skull & Bones will not be presented at this year's E3. The reason given for this decision was the desire to show the best possible product quality.

Skull & Bones was announced in 2017. The autumn of 2018 was given as the date of the game's release. This deadline was changed less than 12 months later, when it was announced that the title will be available on the market in 2019. This is the second delay in the pirate action game from Ubisoft. However, this does not prevent the French company from making a TV series based on it.