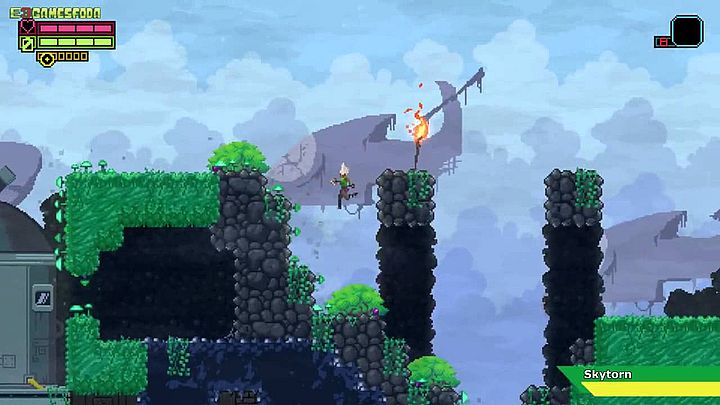 It really could have been successful.

If you are a fan of indie games designed by smaller studios, we have bad news for you. Skytorn, announced a few years ago metroidvania from the authors of Celeste, has been deleted. This decision was made by the creators and they sent an official message with explanations and a description of the way the project went from the idea to the release that is not going to take place. The authors did not know in what direction they would like to develop the game, so they have decided to cancel the project.

We first heard about Skytorn a few years ago. At that time, the developers did not expect that their second project would achieve such a success. Ultimately, Celeste saw the light of the day, winning titles for the best involved and independent game at this year's The Game Awards. Meanwhile, Skytorn's has disappeared from the view. The production was supposed to be a classic metroidvania with a procedurally generated world. The action of the game would take the player to a postapocalyptic world consisting of islands drifting above the clouds. Apart from the surface, we were also supposed to visit various dungeons. The title was destined for PC and PlayStation 4.

In the official announcement the designer apologizes to all fans who waited for the production and were excited about it. He assures that his team also regrets the decision of abandoning the project. The only positive aspect of the whole situation can be the words of Noel Berry:

If we were to finish Skytorn I believe it would require us to throw away a lot of the code & gameplay design. A lot of aspects could be kept - our story, the art, the sounds & music, the general theme - but the gameplay would need to go. And at this point, we’ve all learned a lot. As much as we all love Skytorn and how much it’s meant to us over the last several years, we’re excited for new things and new projects. I’m okay saying it was an amazing learning experience, and we’ll take all these lessons onto our next project.

What will surprise us from the team responsible for Celeste and would-be Skytorn? As you can see, we have to wait until next year for an answer. Let's hope that the experience and effort that the team put into the cancelled title will not be in vain, and that the nearest project will somehow inherit the existing titles of the small studio.