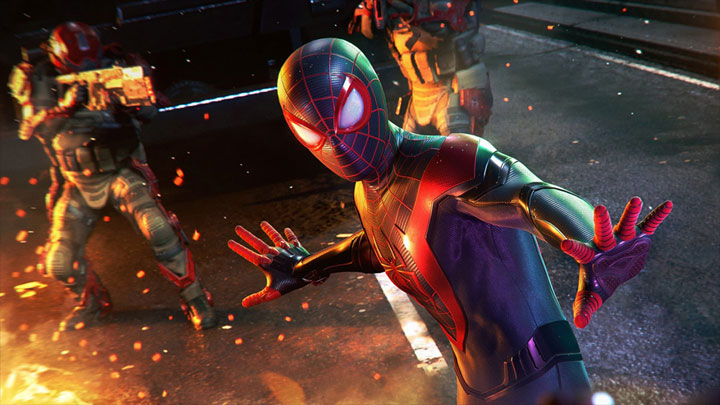 Two weeks ago, Sony surprised us with the announcement that Spider-Man: Miles Morales is available not only on PlayStation 5, but on the PS4 as well. Now, James Stevenson from Insomniac Games has revealed some technical details about both versions.

We've learned that it will be possible to transfer saved game data of Spider-Man: Miles Morales from the PS4 to PS5. As a reminder, those who purchase the game on current generation will then be able to unlock the PlayStation 5 release for free.

It's worth mentioning that the ability to transfer saves will not apply to Marvel's Spider-Man Remastered. Our progress in the original version released two years ago will therefore not be available in the refreshed version.

Spider-Man: Remastered will only be available on PS5 and there are no plans to provide free access to the game to people who have bought the previous version on PlayStation 4.

It's all very confusing, but in a nutshell it can be summarised as follows - with different versions of the same game (Spider-Man: Miles Morales) we'll get both transfer of saved data and a free upgrade to PS5. In case of the original Spider-Man remaster such options will not be available.

We also learned that Spider-Man: Miles Morales will take up less storage space on PS5 than on PS4. The next-gen version will require 50 GB, while the older one - 52 GB.

Epic vs. Apple May be Judged by Jury [Updated]