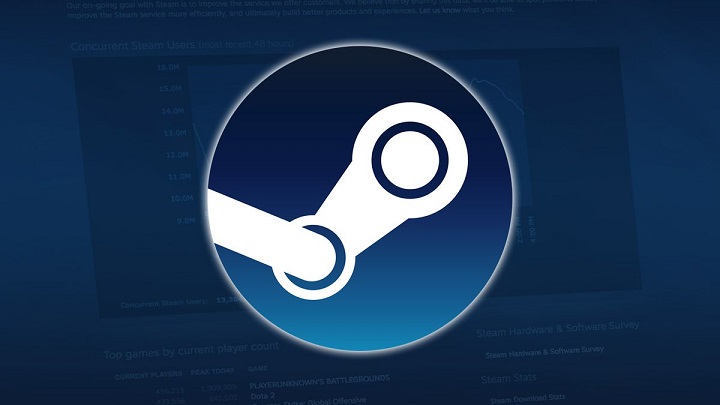 The party is in full swing!
IN A NUTSHELL:

We reported a week ago that Steam broke the record for the number of simultaneously logged-in users, the number approaching 20 million. Yesterday the number of logged-in users amounted to 22,379,088. As you can see, the coronavirus pandemic-related actions such as #stayathome (we encourage you to join!) are working and are doing much to generate interest in digital entertainment. 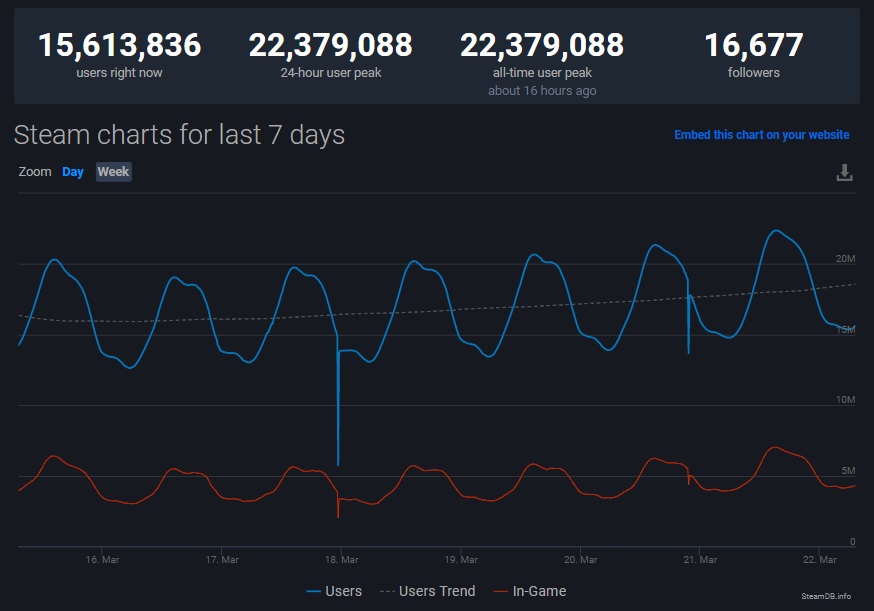 The trend remains on the rise.

This is also shown by the statistics of individual games on Steam, where many of the titles are reaching their new best results almost daily. It is worth mentioning that at the hottest moment of the day more than 7 million users we actually playing. 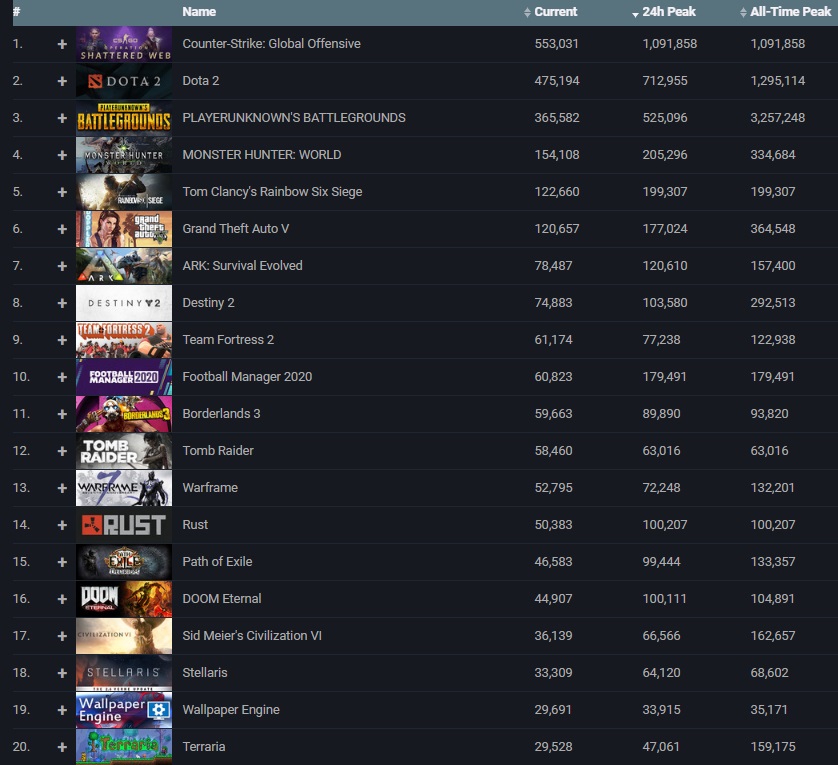