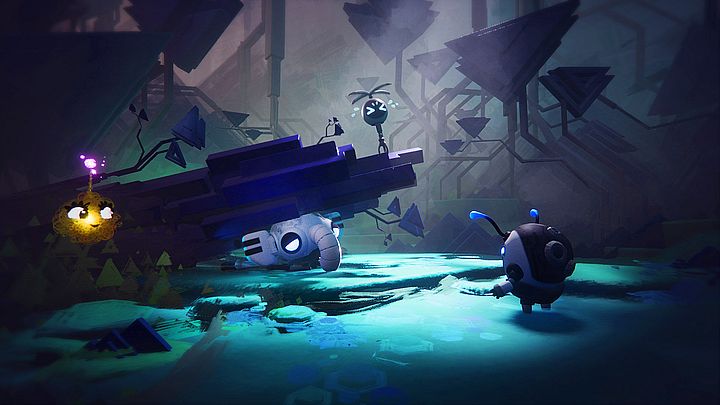 Dream lets you create almost anything. That's both good and bad.
IN A NUTSHELL:

It's been over a month since Dreams was released on PlayStation 4. The game has received great reviews and won the hearts of many players - as evidenced by the numerous community projects. This is another great exclusive title, which was released on Sony's platform. Unfortunately, it seems that the enormous freedom that the game offers began to disturb other publishers, and not without reason.

One of the Dreamers (that's how the game calls the players who create new content in the game), named Piece of Craft, shared some not very good news on Twitter. It seems that Nintendo ordered the user to stop his project because of a copyright reasons:

A few words of explanation...

Dreams is a game in which players can create content by themselves. The title offers a short campaign prepared by the creators, i.e. Media Molecule, but it soon turns out that the core of the game is to create and view the work of user. Therefore, apart from the author's "dreams", we will often come across various interpretations of popular games created by the players. And believe us when we say that sometimes they are almost identical to the original...

Although the user didn't use the name of the company that sent him the C&D note, you don't have to be Watson to deduce that it's about Nintendo. "The Big N" doesn't like when someone illegally uses their iconic characters. That's why the company probably decided to ask (to call it politely) Sony to remove or stop projects that could be considered copyright infringement. In other words, it's only a matter of time before various plumbers, princess seekers or Pokeball-dwelling creatures get pulled from Dreams.

This is sad news for players, as other publishers will probably follow the example of Nintendo. And the platform does not lack interesting projects using iconic characters or themes from high-budget titles. On the other hand, we must admit that the most interesting "dreams" are 100% original designs. The users' imagination seems to have no end, so taking away the opportunity to use proven solutions may further strengthen this phenomenon.