It has been almost 19 years since the release of Stronghold: Crusader, but the game is still very popular. Nothing shows this better than an active modding community. One of the most popular mods for this game, Stronghold Overlords has received a new version, bearing the number 0.9.

The update thoroughly improves the fourteen lords available in the game and adds two new maps. There are also numerous bug fixes. 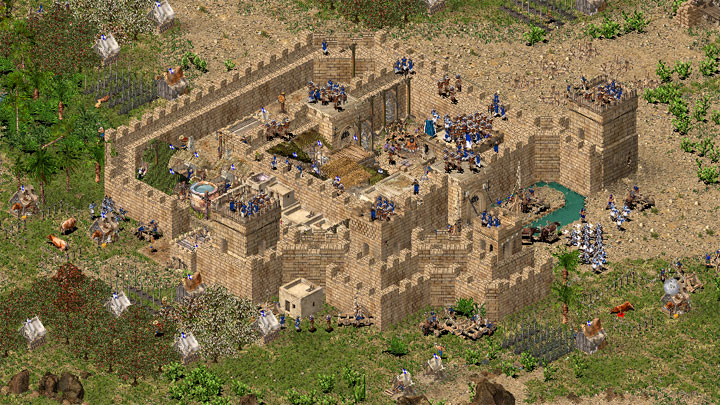 Despite the fact that Stronghold: Crusader is almost 20 years old, it still has a devoted group of fans.

Moreover, version 0.9 brings all the improvements known from the previous editions. So we get improved enemy AI. With the mod the AI uses units more efficiently and applies more effective defensive tactics. It is also more competent when it comes to managing the economy. The mod also improves the balance of mechanics related to castles and army compositions.

Stronghold Overlords requires Stronghold: Crusader HD to run. If you have only the old version of this strategy game from 2002, nothing is lost. FireFly has released update 1.41, which upgrades the original edition of Stronghold: Crusader into the HD edition for free, and at the same time adds content from Stronghold: Crusader Extreme. It's even easier on Steam, where the update is automatic. In order to play you will also need the UnofficialCrusaderPatch project.

Frustrated Gamer Showed Titanfall Devs How to Fix the Game

Facebook Has a Problem, 4 Million Devices May Cause Skin Irritation