Gotham Knights was not the only game revealed during the online edition of DC FanDome. Suicide Squad: Kill The Justice League, a new game from Rocksteady Games, known for Batman: Arkham Asylum, Batman: Arkham City and Batman: Arkham Knight, was also announced.

Suicide Squad: Kill The Justice League is coming to PCs, Xbox Series X and PlayStation 5, so unlike with Gotham Knights, there are no versions planned for the current generation of consoles. Unfortunately, we wil still be waiting a lot for the game, as it's not scheduled for release until 2022. So it is not a big surprise that only a trailer was shown, not a gameplay. 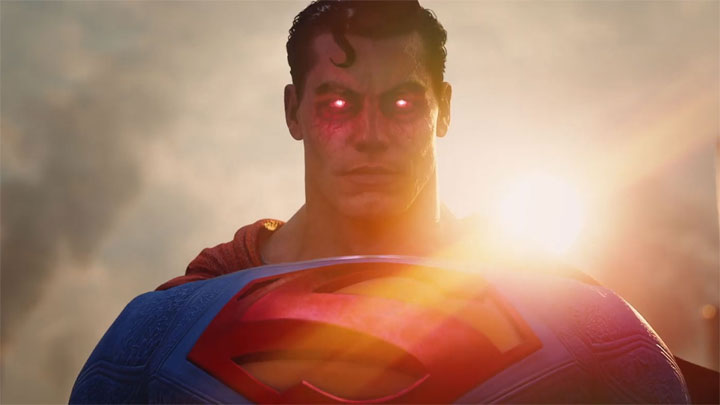 Our task in the game will be to kill Superman and other members of the Justice League.

The action will be set in Metropolis. There will be four playable characters to choose from - Harley Quinn, Deadshot, Captain Boomerang, and King Shark. Each of them will have unique abilities and fighting styles. According to the title, in the game, the task of the Suicide Squad will be to kill superheroes of the Justice League, including Superman.

The project is to combine mechanics of action-adventure games (for which Rocksteady is known) with elements of shooters. We will be able to play solo or in co-op mode for up to four people. When playing solo, we will be able to switch between the characters freely.

Metropolis in the game is to have an open structure, and each character will receive a unique method of travel. For example, Captain Boomerang will be able to teleport for short distances, and Deadshot will use a jet pack. There will be a progressions system in the game, enabling us to unlock new skills.

This concludes the information provided by the devs. It is worth noting, however, that the latest game released by Rocksteady was Batman: Arkham Knight from 2015. The fact that the release of Suicide Squad: Kill The Justice League is to take place seven years later confirms that the developers had some problems with their next project.