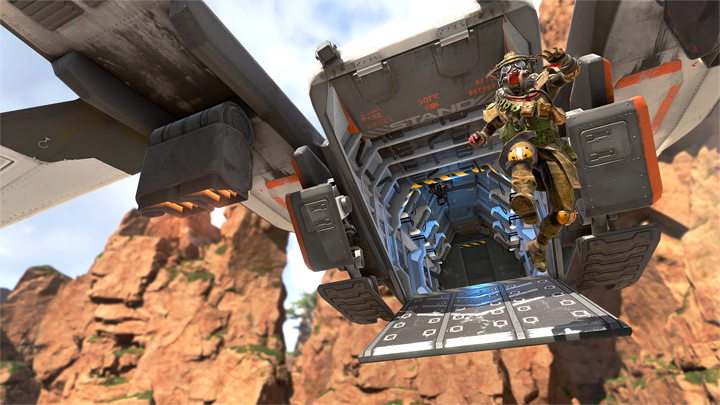 Thanks to inquisitive fans we get new info about the game's development plans every now and then.
APEX LEGENDS IN A NUTSHELL:

Apex Legends is currently one of the hottest productions on the market, so it's not surprising that the fans have started rummaging through the game files, looking for clues about the project's development plans.

Another thing discovered in the files was a mention of a tank, but at the moment we don't know if the players will be able to operate it. In addition, there are many indications that the the next characters to be added to the game will bear the names Octane and Wattson.

It is worth reminding here that these are only the latest information found in game files. Previously, the same way was used to dig up tips on bots, Team Deathmatch mode and gameplay variants in which the players would act as lone wolves, as well as in 2, 6, 12 and 24-person teams.

Respawn Entertainment has not commented on these reports so far, so please note that the information is unconfirmed. The only official announcement is that next month the first season will launch, during which the game will see the introduction of new characters and items. There are also plans to include additional maps.

Finally, let's remind that Apex Legends was released on February 4, this year, simultaneously on PC, Xbox One and PlayStation 4. The project uses a free-to-play model with microtransactions.

Steam vs GOG.com and Other Digital Stores, Based on Cultist Simulator Sales