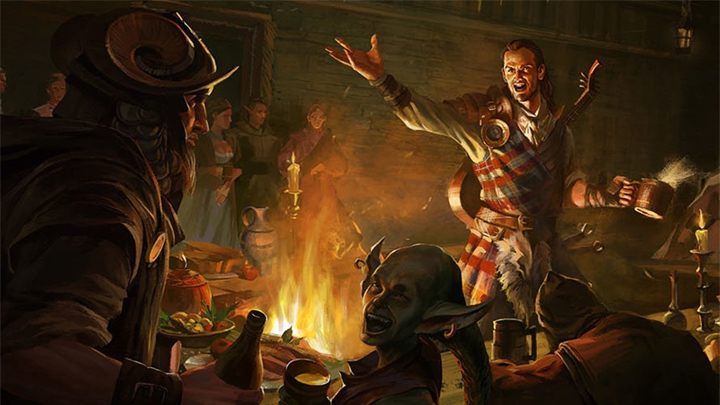 The patch will be released in June.
THE BARD'S TALE IV IN A NUTSHELL:

Last year's RPG The Bard's Tale IV: Barrows Deep will soon be greatly expanded. The authors have revealed new information about the planned update 2.0, which is to be so big that with its release the game will be renamed to The Bard's Tale IV: Director's Cut. The patch will be released in June and will of course be available for free.

The patch will introduce a new dungeon called Royal Necropolis of Haernhold. It will be mainly focused on fighting, with several battles with mini-bosses and two long battles with demanding bosses. This new adventure will enable us to discover the truth about Tarjan's treachery and reverse the destruction in Gaervyn's tomb, the most famous of the dwarven heroes.

The update will also bring new items and the long-awaited sorting system for the player's inventory. In addition, the balance of the whole campaign will be improved.

We can also expect a new opening cinematic for the campaign and many additional character portraits. Engine optimization and graphics quality will also be improved. There will also be bug fixes. What's more, with the release of the update, the game will finally be available for Linux OS and Mac. Both releases will immediately have the full content of Director's Cut.

Let's remind that The Bard's Tale IV: Barrows Deep was released in September 2018, exclusively on PC. There are plans to release versions for Xbox One and PlayStation 4 this year. The game was received quite warmly and has an average score of 71% on Metacritic.