Horror game The Callisto Protocol promises to be one of the last big releases of this year. Those waiting for this title may be interested in information that the work on the game was assisted by teams owned by Sony. 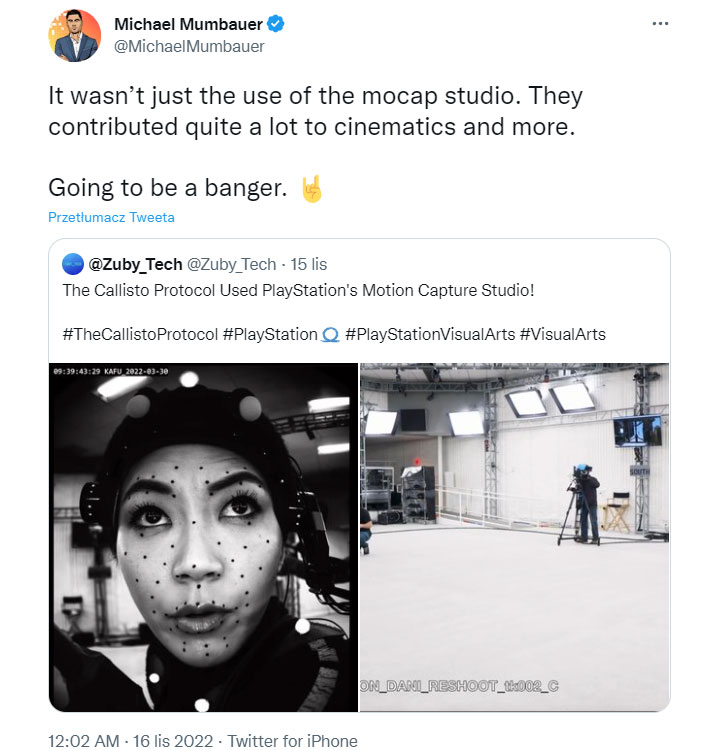 Recall that The Callisto Protocol is being developed as a spiritual heir to Dead Space and many veterans of the series are involved in its development. The game is headed for PC, Xbox One, PlayStation 4, Xbox Series X/S and PlayStation 5, and will be released on December 2 this year.

The Callisto Protocol promises to be a visual feast not only thanks to its high-quality cutscenes. The developers recently confirmed that the game will offer the option to play at 60 frames per second on next-gen consoles. Unfortunately, this is not at all standard for Xbox Series X/S and PS5 productions, as demonstrated by the cases of Gotham Knights and A Plague Tale: Requiem.

Blizzard Pulls Out of China; Will Suspend Most Services in the Country