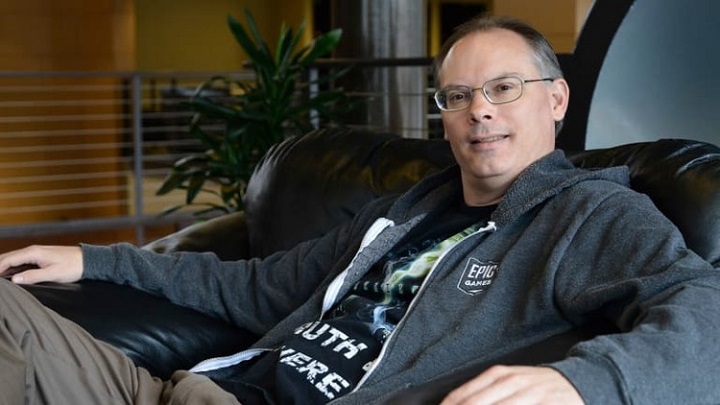 Another conflict between Epic Games Store and the rest of the world. This dispute cannot be resolved with a Solomon's judgement. On the one hand, EGS is fighting Steam's dominance and its high revenue share (the platform takes 30% of profits, Epic 12%), on the other, it does it in a rather radical way. By gaining temporary exclusives the company takes away the choice of the players. Chief of Epic, Tim Sweeney, regularly defends his methods on Twitter and in interviews.

And it was on Twitter that a certain exchange took place recently, which for Epic antifans will be... well, we would like to avoid calling it epic, but perhaps at least satisfactory.

User The Kazz asked Sweeney about his feeling when DARQ, a game he once offered a deal with EGS, reached Steam's top 100 bestsellers (after its devs rejected the offer). While not a very polite (and legitimate) remark for the creators - Unfold Games - whose success has been reduced to being a symbol of struggle, but Sweeney decided to answer the accusation. Epic's CEO said that precisely because DARQ is a great title, deserving of success, he offered it exclusivity on his platform. And that's when Unfold Games entered the fray with their aswer:

Checkmate! Sweeney has no choice but to at least consider this proposal because, let's face it, in terms of image, it is quite a pickle. Charity is a bit of a blow below the waist in Twitter duels. If he doesn't agree - he doesn't care about charity (bad). If he will agree - he will show inconsistency and provide his opponents with an argument that it is possible not to be exclusive (equallly bad). Whatever Sweeney decides, it might be interesting.

For the record, Unfold Games rejected Epic's exclusive offer a week ago, explaining its decision with three arguments that could be summarized as one: we take care of our fans. Here they are. EGS contacted them too late - after announcing the release date on Steam. In addition, many players have already added DARQ to their wish lists. Removing the game from the store would be unreasonable, unfair and would badly affect the reputation of the developers. Finally, Unfold Games wants their players to have a choice, so DARQ is available on both Steam and GOG.