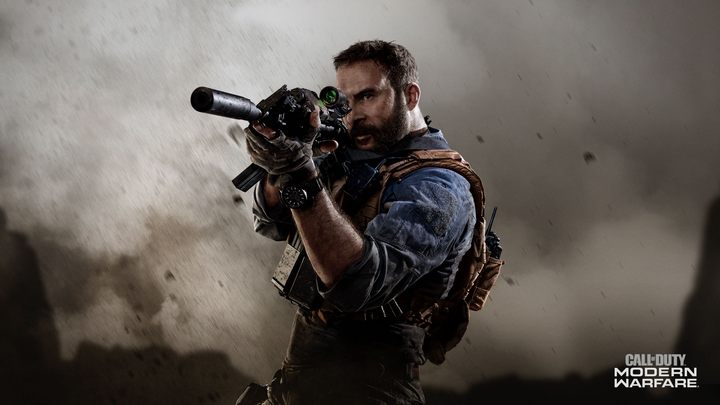 The Bug season is open!
IN A NUTSHELL:

Looking at the negative opinions about the latest big patch for Call of Duty: Modern Warfare published on April 28, one can ironically say that it was more of a "dispatch". The players are not hiding their dissatisfaction and complain about mistakes, glitches, difficulties with connecting to servers and lags. Activision's answer may come as a surprise, as the publisher claims that everything is in order now. Fortunately, the game's devevelopers defend the title's honor.

It is not uncommon for bigger or smaller fixes to cause new bugs. These are usually quickly picked up by the players who expect them to be fixed as soon as possible. It must be admitted that in this case the response of the developers from Infinity Ward was swift. They answer to bug reports and try to keep the community up to date with the progress of work.

There is a lot of talk about the Warzone module, where disappearing and reappearing game modes are only the tip of the iceberg. In addition, there are countless discussions about gaining new weapons through tasks or technical issues, such as problems with voice communication. One of the creative directors responsible for the multiplayer mode, Joe Cecot, is trying to follow them and respond.

What is it about?

The discussion above concerns the new MK9 Bruen LMG, which initially could only be acquired by eliminating enemies hiding behind a smoke screen. After the changes, it will be a bit easier and hits will be scored both when the opponent is within range of the smoke grenade and when the player shoots while being in a cloud that limits visibility.

Another interesting example concerns a streamer that managed to... fly a helicopter under the map in Warzone mode. Probably quite surprised, Cecot responded with a brief: "Thanks for the video.".

The players also point out minor graphic shortcomings, such as the lack of full camouflage coverage of the KAR98K sniper rifle scope, which looks simply ugly.

Other studio employees also take part in the discussion, including communication manager Ashton Williams, who actively contributes to Twitter, answering the questions about blocked battle passes, admitting that the developers are aware of the problem.

On the one hand, it is not difficult to understand the frustration of the players, but the response of the dev team is a model example how communicating with the community should be done. In addition to collecting information and responding to comments from the players, the studio has also created a special board on Trello, thanks to which we can track the most serious bugs and current actions taken by the developers. Hats off, gentlemen!