Today's leak on frist paid expansion for Tom Clancy's The Division 2 proved to be true. Ubisoft has announced the expansion for the game, which will take us to New York. The supplement will be paid, and the information we have obtained shows that it will cost around 30 Euro. It will debut on March 3 and we will purchase it separately or in a special package with the base version of the game. In addition, an introduction to the story presented in the expansion will be provided by two missions available as part of the free third episode, which will be released tomorrow (i.e. on February 12) to all owners of Year One Pass; the rest will have to wait for another week. 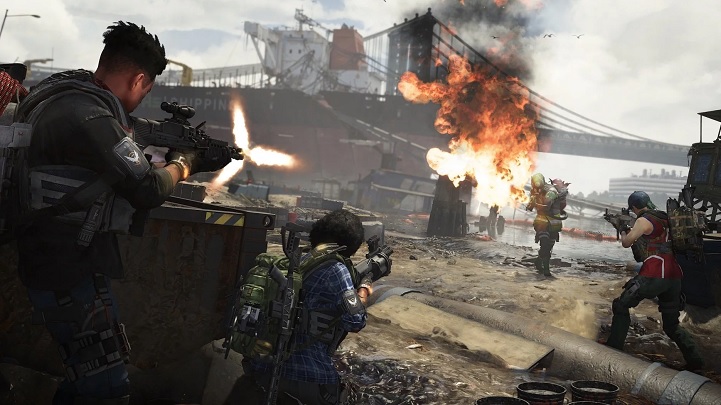 The first paid DLC for Tom Clancy's The Division 2 game is a sentimental journey to New York.

In Tom Clancy's The Division 2: Warlords of New York, we're going to chase Aaron Keener, a rogue Division agent who used a more dangerous strain of the virus ravaging the "Big Apple" to murder the local agents; as if that wasn't enough, the villain is apparently just getting started. However, it won't be easy to catch him, because along the way you'll have to eliminate his helpers acting as minibosses and face the members of the Cleaners and Rikers factions, well-known to the fans of first installment.

The expansion is intended for characters who have reached level thirty. However, nothing will stand in the way of creating a new, sufficiently developed hero at the start. New players will even be able to start their adventure in New York, and only then will they be able to clean up the mess in Washington DC caused by the virus. The maximum level of experience will be raised to forty. Interestingly, once we reach it, we will be able to further develop our character.

Warlords of New York is an opportunity for developers to introduce not only an extensive map and a number of additional missions, but also novelties in mechanics. Let's start with the fact that each of the defeated bosses will have a special skill, which we will take over when we send him to hell. One of them will be the so-called "sticky bombs" that can be detonated at our signal. The devs also promise far-reaching improvements including acquisition of fresh loot or even the presence of completely new equipment. In addition, they have leaned over the interface, which is to be more legible, to find out as soon as possible whether (or rather - how much) the item we have just acquired can be useful.

In addition, the developers spent some time on the so-called Dark Zones, i.e. PvP areas. The creators decided to take a step back and make their rules less complicated. In their own words, they want to reward interactions between players, whether they shoot each other in the back or cooperate. An important novelty will also be the thematic Seasons, during which every three months we will receive new targets for elimination and events. In return, we will gain valuable prizes in the form of bonus weapons and other useful equipment.