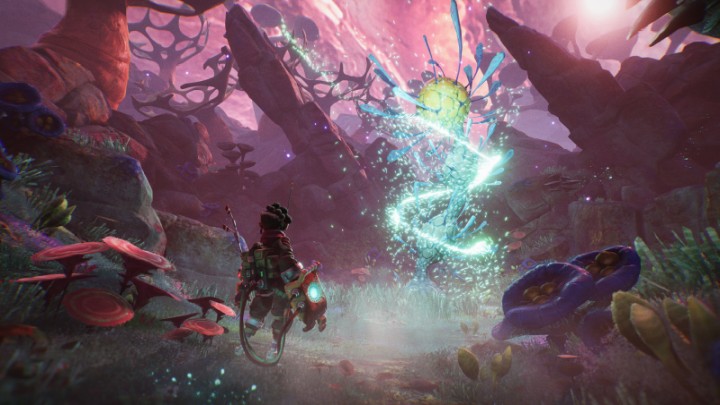 The Gunk will take place on a forgotten planet.

During the Xbox Games Showcase we've seen the announcement of The Gunk, a new IP from the Swedish studio Image & Form, which we can remember from the SteamWorld series . It will be a TPP action adventure game, which will take us to an alien planet, trying to discover its secrets and eventually save it. During the exploration of the mysterious world we will solve puzzles and encounter terrifying creatures. An important role in the game will be played by a special glove, with the help of which the character can suck out the black mass poisoning individual areas of the planet.

The Gunk will appear on PC, Xbox One and Xbox Series X. As with any game released under the Xbox Games Studios label, this one too will be available on the day of its release as part of the Xbox Game Pass subscription. The release date has not been disclosed.