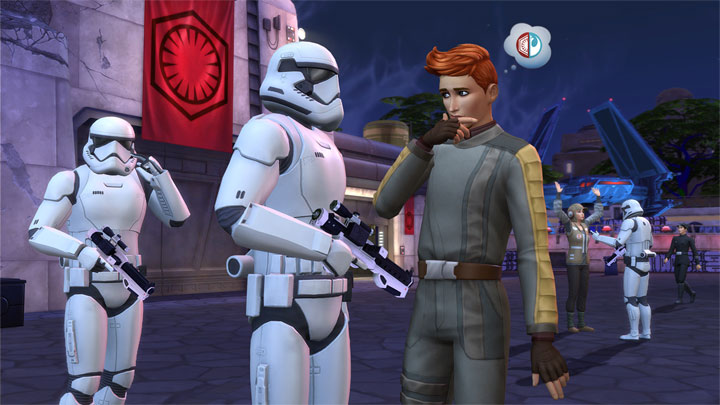 Despite being six years old, the popularity of The Sims 4 continues to grow.

Today Star Wars - Journey to Batuu, the latest addition for The Sims 4 debuted on the market.The expansion has been released simultaneously on PC, Xbox One and PlayStation 4. In the case of PCs, the game is now available in a box and on Origin. On Steam, the DLC will not be unlocked until later today.

As the title suggests, the supplement takes us to the world of Star Wars. Its action is set in the times of the latest movie trilogy, initiated by The Force Awakens.

The change of setting from modern to science fiction is quite radical, so we are curious to see if the Sims' journey to a galaxy far far away will be successful. Unfortunately, at the time of writing this news, the add-on has only one review (8.0/10, issued by the Italian branch of IGN), so for the time being it is impossible to assess whether the DLC is worthy of attention.

It is worth recalling that the announcement of the add-on caused a lot of controversy. Many fans are unhappy that Maxis is "wasting" time on a science fiction add-on instead of working on the improvements that are expected, such as cars and double beds.

The players were also annoyed by the fact that so far, some suggestions from the community, such as the ability to control animals, have been dismissed by developers, who explained that these solutions would be unrealistic. However, this argument is not very convincing when the developers have no problem with setting their add-on in Star Wars.