It's hard to believe, but in a few days we'll be celebrating Skyrim's 10th birthday. On this occasion Todd Howard decided to make a surprise for the players, which was announced via Twitter. On November 10, the day before the anniversary, he will participate in an AMA (Ask Me Anything) session on Reddit. 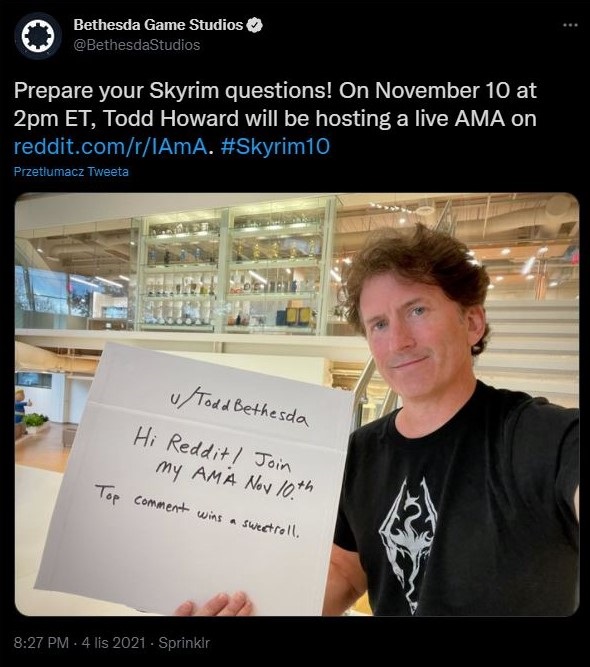 If you've been dreaming of asking Howard about trivia related to The Elder Scrolls, in a few days you'll get the perfect opportunity to do so. The event will begin at 10 am PT. Unfortunately, it was not revealed how long it will last.

Nintendo Not For Kids; Report Confirms