Sega announced that their successful grand strategy game Total War: Warhammer is going to receive a boxed Old World Edition in February 2017, which is going to be offered at selected retailers. This special release will include another playable race in the main campaign, the chivalrous Bretonnia, as well as a novella, entitled Alberic of Bordeleaux, by Total War: Warhammer writer Andy Hall. For all who own the original game, the Bretonnia faction will be added digitally for free. 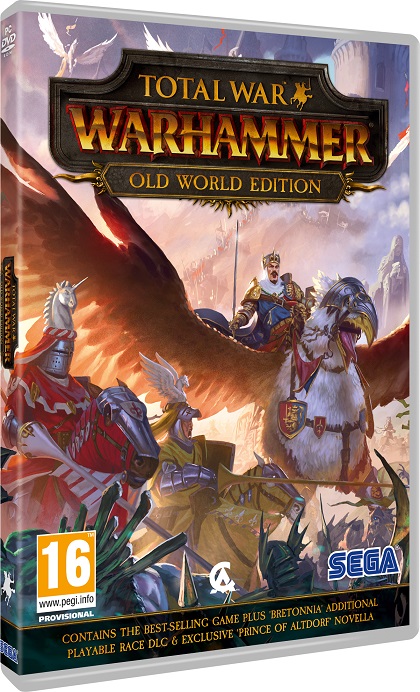 Total War: Warhammer launched on PC in May 2016 and met with very enthusiastic reception. Although the game is based on the main gameplay pillars of Creative Assemblys Total War historical strategy series, this one took on the popular fantasy universe of Warhammer. Because of the fact that the major races of the Old World are very unique, playing each one is a different type of challenge, since they have varying victory conditions, units, and play styles. Total War: Warhammer has been planned as a trilogy, but there is currently no information on the next installment.

Obsidians Tyranny is out today