As promised, Creative Assembly has announced the Total War: Warhammer DLC added to Total War: Warhammer II pre-orders. The add-on will introduce marauding tribes of Norsca and Witnertooth, priding themselves in their ability of taming wild beasts. Find out more details on Steam and watch the official trailer below:

Pre-order bonuses get more and more surprising, don’t they? We’ve already discussed the exclusive blue tire smoke in Need for Speed: Payback, and now it’s time for Total War: Warhammer II. At first glance, everything seems pretty normal – pre-ordering the game grants you an extra playable race. Hold on a minute! It’s not for this game, but for its predecessor, Total War: Warhammer. Creative Assembly doesn’t reveal what faction that is, but it says it’s more like Bretonnia in scale than Chaos Warriors. More details are to come this week, while the faction itself will become available before Total War: Warhammer II launches on September 28, 2017. 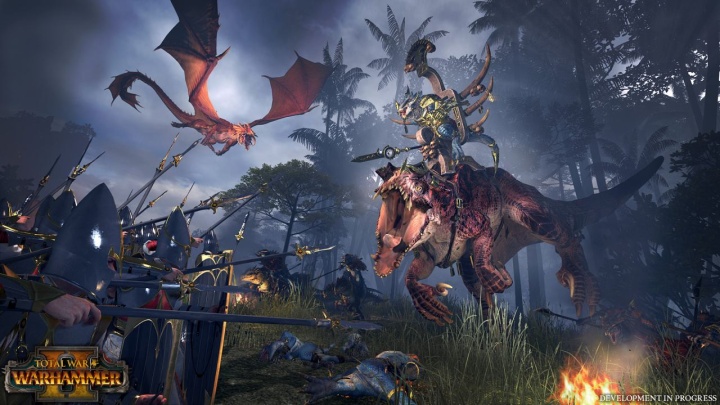 That decision is a reflection of Creative Assembly’s negative experience from the previous game. Those who pre-ordered Total War: Warhammer were offered an essential add-on, featuring Chaos Warriors, one of the key faction for the Warhammer universe. Although that pack was later released as a paid DLC, players felt like getting robbed from content that should be there in the full game at launch.

Is offering an add-on for the older game a better solution? Some players probably won’t mind, especially if they are still playing Total War: Warhammer. However, what with the ones who did not play that game and wish to pre-order Total War: Warhammer II? Apparently they are getting nothing, unless they also buy the first game.