LinkedIn profiles are traditionally an excellent source of information about projects that have not been officially announced. The latest rumor suggests that a new installment of the Uncharted series is planned. 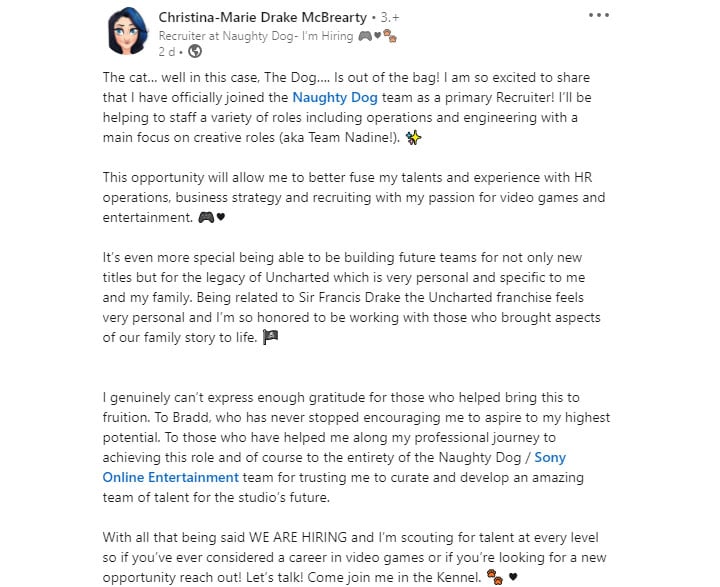 In January this year, key developers from Naughty Dog studio (Kurt Margenau and Shaun Escayg) admitted in the interview that they still love Uncharted and do not rule out returning to it in the future. The demand for a new installment is probably also increased by the success of the movie adaptation.

It is interesting that, according to this rumor, the next installment will be developed by Naughty Dog. Last year there were rumors suggesting that the development of the franchise was entrusted to a new team.

Uncharted: Legacy of Thieves Collection, containing remastered versions of Uncharted 4: A Thief's End and the standalone expansion Uncharted: The Lost Legacy debuted this year in January. The collection will also be coming to PC in the future.

F1 22 Announcement Inbound; Here's What We Can Expect

No Man's Sky - How To Find Outlaw Pirate Systems

Skywalker Saga Sales Biggest in Galaxy for a LEGO Game

CS:GO and Old Age - When Are Pro Gamers at Their Best?