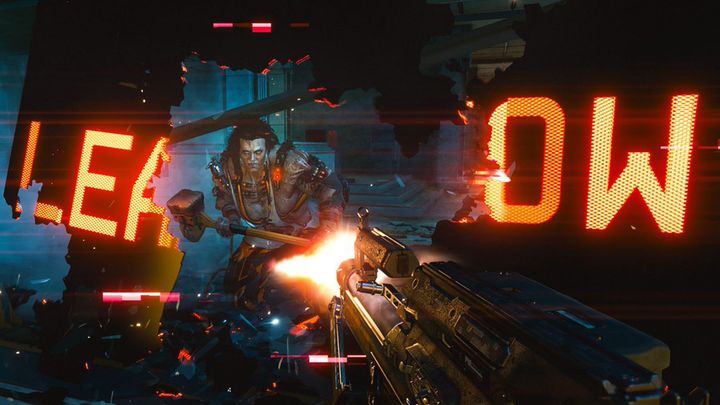 A few new details about the futuristic RPG by the Polish studio CD Projekt RED - Cyberpunk 2077 have appeared on the web. The source of information are interviews with game's developers (Ryszard Borzymowski and Marthe Jonkers) conducted by Shacknews and Metro, as well as LastKnownMeal podcast, with quest designer Pawel Sasko.

One of the themes touched upon was the question of ways to play through Cyberpunk 2077. The studio often mentions three different styles of play in its communication so far: Solo (focuses mainly on combat), Netrunner (uses cyberspace and a special tool called nanowire to hack opponents) and Techie (is an expert in technology, cyberware - makes the best use of the crafting system and has a Flathead-type robot to help in combat). However, the players will not be limited to these three choices - we will be able to freely mix the skills from each tree.

"It's not like we are enforcing this choice on the player either in character creation or somewhere throughout the game. It's more or less like a set of tools in those three categories that the player will be able to take and mix up in order to create their own character, playing however they want. (...) By saying that Techie has access to the Flathead, does not mean that you have to be Techie. You just have to invest appropriate (skill - editorial note) points and acquire appropriate cyberware" said Borzymowski in an interview for Shacknews.

Borzymowski was unable to specify whether there would be a mechanic to reset the allocated skill points, but even if not, there would always be an option to teach V something new.

"Personally, I don't know the answer ifyou can reset it. Like in The Witcher we did have something like that. If I recall there was a potion that was resetting the points. So I'm not able to answer that. Let's say that you are playing a game as Netrunner and half-way through you consider, you would rather be more like Arnold Schwarzenegger... It's something like when a real person being a doctor for half a lifetime and at some point he decides that he wants to become an architect. He can do that, everybody can do that. He needs to learn some certain skills in order to be a capable architect, but while he learns, and after he learns, he is still a doctor. He is both things. This is something that the players will be able to do," said the dev.

The LastKnownMeal podcast deals with exploration, among other things. We learned that the game will not run out of places located underground, and even under water (V will be able to swim).

"Verticality of the game also means underground systems. I cannot say that they are very complex or vast, but a large part of the map is underground," said Pawel Sasko. 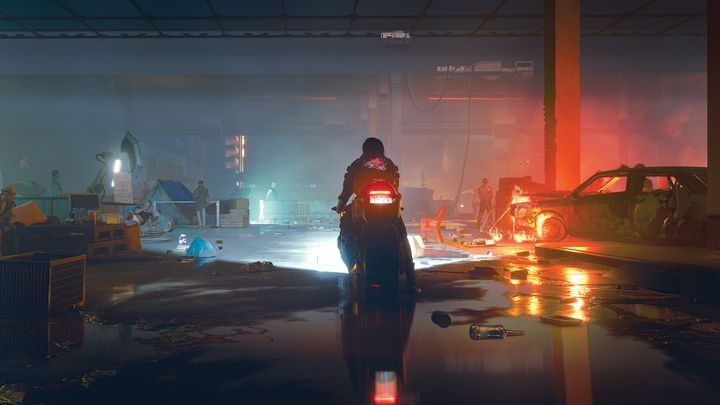 Some places will be located underground.

Companions are to act like in The Witcher 3 - from time to time someone will support us in combat, but we will not be given the opportunity to give orders or directly influence their actions in any other way. Romances will also be similar to the third part of the Witcher series - the developers try to make them look realistic. Pawel Sasko also pointed out that the our in-game relationships can sometimes be useful in very surprising circumstances, also in the main plot.

"We try to make it as close to life as possible. (...) The relationships you get involved in will be useful, sometimes very useful, often in a very surprising way - also in the case of the main storyline, " said the developer.

"Techie Class allows the player to give commands to the Flathead and ask them to do specific things. (...) Flathead can take down enemies, hack various devices, dismantle objects and collect parts. These elements are used in the crafing system." said the quest designer. 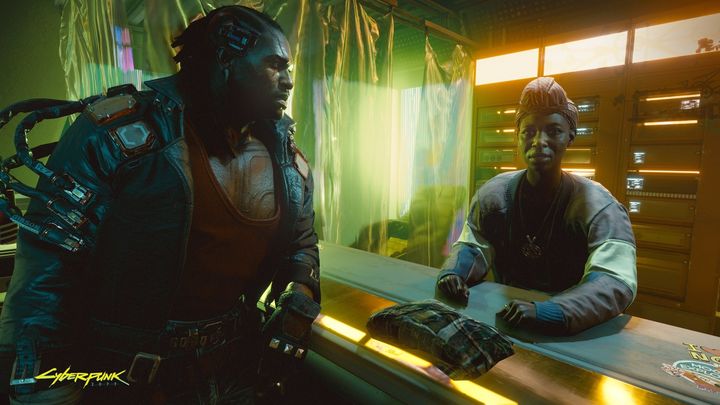 Relations with independent heroes will be an important part of Cyberpunk 2077.

The system of creating and customizing objects allows you to strengthen individual weapons and pieces of equipment. Any version of V can use it, but investing in the Techie tree increases the range of available options.

"You don't need to specialize in the Techie tree to use crafting. If you are Solo or Netrunner, you can still craft. It's not locked, you just get parts differently. Using Techie specialization you will be able to improve your weapons and equipment, generally speaking. I mean most of the elements of the equipment." described Sasko.

It cannot be ruled out that the game will also include... intelligent, talking weapons, like the Lilarcor sword from Baldur's Gate 2 (although in the case of Cyberpunk 2077 the source of their intellect and self-awareness will of course be modern technology, not ancient magic). Pawel Sasko did not want to answer the fan's question, but he clearly liked it.

"That's a great question, but I can't answer it. However, I really like both the question and the way of thinking," noted the developer.

In Cyberpunk 2077 we won't choose a gender

"And our character creation menu, for instance, compared to the last demo we now give you so many more options. For instance, you dont choose your gender anymore. You dont choose, I want to be a female or male character you now choose a body type. Because we want you to feel free to create any character you want. And then we have a lot of extra skin tones and tattoos and hairstyles. So we really want to give people the freedom to make their own character and play the way they want to play," said Marthe Jonkers from CD Projekt RED.

Cyberpunk 2077 will debut on April 16, 2020 on PC, PlayStation 4 and Xbox One. It is also worth mentioning that in two days - on August 30 at 11 am PT - Twitch and Mixer will host a live stream, during which the developers will present a new gameplay (it will be a 15-minute fragment of the demo shown at gamescom 2019).